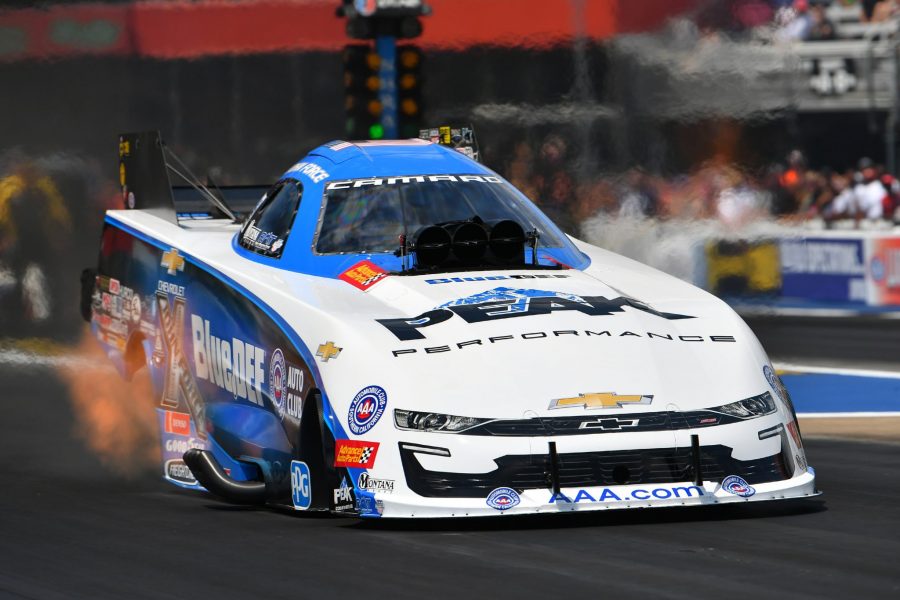 Force rolls into Ohio for the midway event of the NHRA Mello Yello Drag Racing Series season having won 68.9 percent of all the races he’s run (1330-599). On race day, he will either win an unprecedented 150th Mello Yello tour title, an achievement once thought as ludicrous, or, barring that, lose for the 600th time in a pro career spanning 43 years. Given recent performance, a 150th tour title seems to be the more likely of the scenarios.

After coming agonizingly close to hoisting the winner’s trophy last week at Bristol, Tenn., the former Driver of the Year brings new resolve to a track that fronts a grandstand bearing his name but one on which he has won just one time in the Summit Nationals (2014).

“I’ve had to make a lot of changes myself (and) I’ve found out a lot of stuff,” he said of his effort to turn things around after a very atypical 2018 season in which he never climbed higher than seventh in points. “I’ve been going to doctors, got special glasses (and been) working on eating habits (trying to) get off that sugar. I’ve said it before, I’m in the game. That (150th) win is coming.”

Through the season’s first 11 races, Force is one of only two Funny Car drivers with more than one No. 1 start (teammate Robert Hight is the other) and the only one to have avoided the dreaded first round loss. Moreover, while he has not yet added to his remarkable victory total, he once again has interjected himself into the Mello Yello championship conversation.

Driving basically the same car in which youngest daughter Courtney won four races and the regular season championship a year ago, he is second in points for the first time since April 22, 2017. More importantly, he has 11 quality round wins, eight against recent world champions Ron Capps, Matt Hagan, Jack Beckman and J.R. Todd.

The only driver against whom he has truly struggled, in fact, is Hight, to whom he has lost four straight times, three times in the semifinals.

Qualifying for the Summit Nationals begins on Friday with nitro sessions at 3:45 and 7:45 p.m., Eastern time. Nitro qualifying continues Saturday with sessions at 1:45 and 5:30 p.m. leading into eliminations at 11 a.m. Sunday. Check out coverage on FS1 starting with Friday Night Nitro airing early Saturday morning (12:30-1:30 a.m.). Coverage continues with a one-hour Saturday Nitro Live at 2 p.m. Saturday and concludes with eliminations from 6:30-8:30 p.m. Sunday.