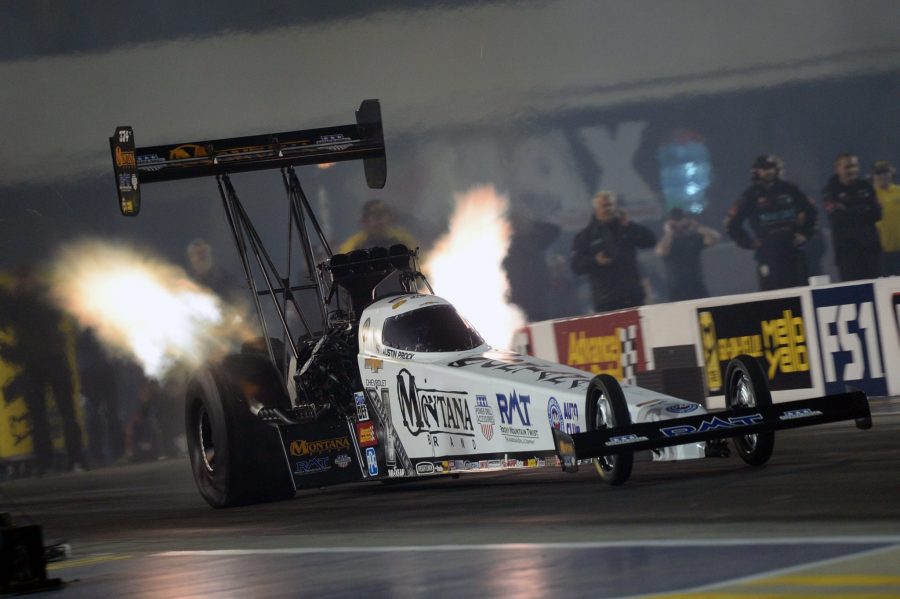 At the recent Four-Wide Nationals at zMAX Dragway outside of Charlotte, N.C., Prock started race day in the No. 8 qualifier position off the efforts of a 3.782-second pass at 326.95 mph. Despite having the second quickest reaction time of the quad, Prock had a first-round exit. Despite the result, he’s had early successes as a rookie including three quarterfinals appearances, the starting line advantage in seven race day rounds and a handful of consistent passes at the Gatornationals, Four-Wide Nationals in Las Vegas and SpringNationals in Houston.

“We didn’t have the weekend we had hoped for in Charlotte, went out first round but we’re getting there.” said Prock. “Ronnie Thompson and Jon Schaffer, and my entire crew are working hard to get this Montana Brand / Rocky Mountain Twist dragster to stay consistent and I’m confident we’ll get there and can go some rounds in Atlanta.”

“I’m looking forward to Atlanta. Its always a fun race to go to. I always enjoyed it as a crew guy,” said Prock. “Its going to be hot. The track will be greasy and its going to be tricky conditions there so you’re really going to have to be on your A-game. Its going to be almost 100 percent different than it was in Charlotte, humid, the tracks bumpy and a little grip there just because of the temperature. Hopefully we can get this Montana Brand / Rocky Mountain Twist car going up and down the track, just go A to B there and we should have a good weekend.”