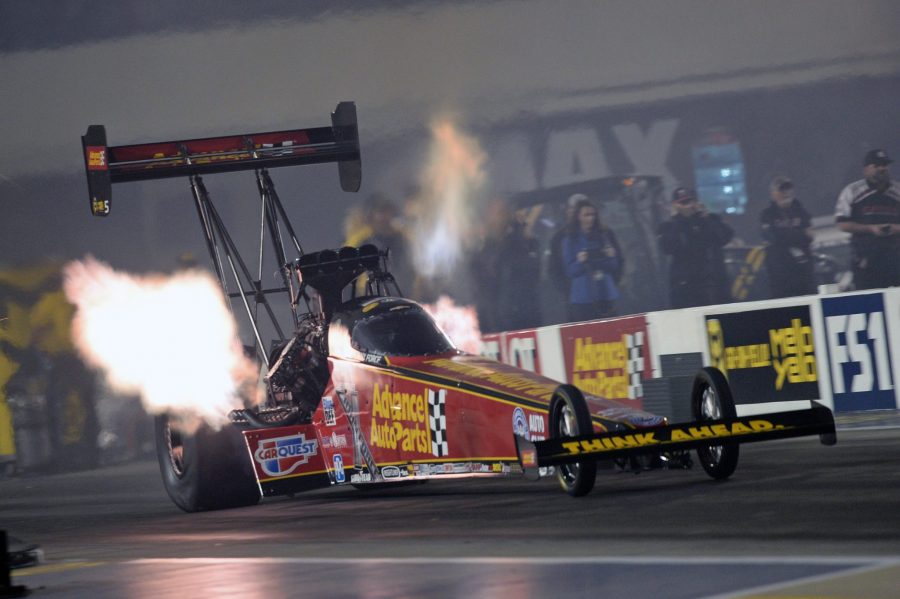 COMMERCE, Ga. (May 1, 2019) — Brittany Force and the Advance Auto Parts Top Fuel dragster team are headed to the Arby’s NHRA Southern Nationals, the seventh event on the 2019 NHRA Mello Yello Series season schedule, determined to come out with another victory.

After setting the pace with a No. 1 qualifier and win at Houston, Force and the Advance Auto Parts team had a somewhat off-weekend at the recent Four-Wide at zMAX Dragway. With only three qualifying sessions on the table, one was canceled due to weather, Force had one solid pass to land the No. 7 qualifying spot but on race day exited first round after a problem with the fuel pump.

“It was a tough weekend for the Advance Auto Parts team in Charlotte. We lost a round of qualifying because weather and really only got one good run in, and then on race day we had issues with the fuel pump in the first round and lost,” said Force. “Its not what we planned for obviously, but I’m proud of this team and know what we’re capable of. We’ve made a lot of progress this year so far and have a lot to be proud of. We have one win and want to get this thing back in the winner’s circle in Atlanta.”

The 2017 Top Fuel world champion has already tallied two No. 1 qualifiers this season, both of which were history making – at the Gatornationals she was the first woman in 40 years to achieve the position in the Top Fuel class and at the SpringNationals qualified number one alongside father, John Force to become the first parent-child duo to do so. She was also runner-up at the first four-wide event in Las Vegas and tallied John Force Racing’s third nitro sweep when she won with Robert Hight at Houston Raceway Park.

At last year’s Southern Nationals, Force started race day from the No. 2 qualifying position and made it past Terry McMillen before losing traction and shutting off early for a quarterfinal exit. Like sisters Ashley Force Hood and Courtney Force, and legendary father, John Force, the Top Fuel driver is looking to add a Wally to the family wins at Atlanta Dragway.

“We’re going right into Atlanta in back-to-back races. I like that, it keeps my routine fresh along with the entire crew. We’re going for four solid qualifying runs to get us set up in the very top half of the field and the plan is to win this thing,” said Force. “I was just told a stat going into this race that both my sisters and my dad, the whole Force family has won there except me so I’d like to get the job done and bring home another win with this Advance Auto Parts team.”