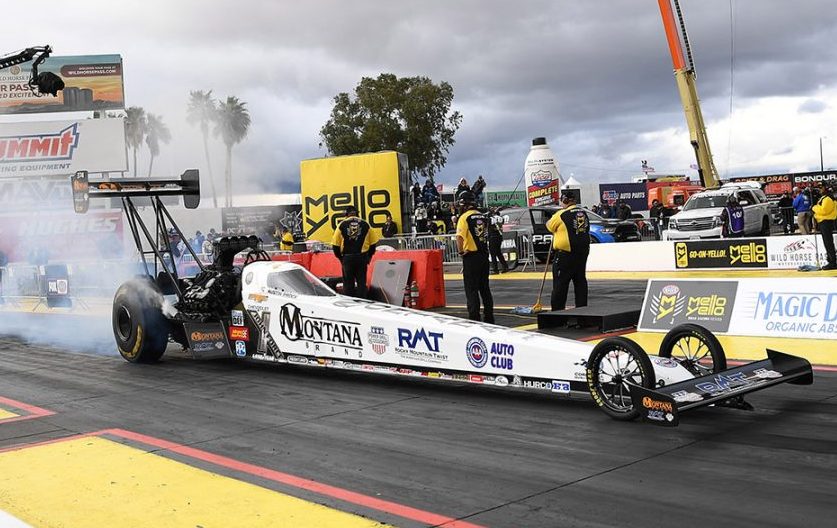 With an already promising start to the season, the third-generation racer has quickly shown he’s more than comfortable in the driver’s seat of his 11,000-horsepower dragster. At the season opening Winternationals in Pomona, Calif., Prock made his debut and closed out the weekend with a second-round finish while running a career best E.T. of 3.696-seconds and speed of 334.15 mph. At the Arizona Nationals in Phoenix, Prock secured the No. 6 qualifier spot, an improvement from his No. 11 position in Pomona, and picked up another round win. Showing no signs of slowing down, Prock is more than optimistic as he heads to the first east coast race of the 2019 NHRA Mello Yello Drag Racing season.

“We’ve had two good race weekends so far. We broke into the 60s in Pomona, qualified No. 6 in Phoenix, so I think we’re getting a good momentum. We’ve made some good passes down the race track and we’re looking to keep things going into Gainesville,” Prock said. “I have some full-time guys now, and Jon Schaffer and Ronnie Thompson have done an excellent job. My team is putting in the work and it’s showing, so I’m excited to see what this dragster can do.”

Although the young contender for Rookie of the Year has yet to make a pass in a Top Fuel dragster at historic Gainesville Raceway, he attended Frank Hawley’s drag racing school and was licensed in an Alcohol Funny Car and Nostalgia Funny Car at the facility. He is also surrounded by individuals that have had success in Gainesville. His grandfather, Tom Prock, was the Funny Car runner-up in 1975, his dad, championship tuner Jimmy Prock, was first in the Gatornationals winner’s circle in 2003 with Gary Densham and has since landed Robert Hight victories in 2012, 2014 and 2016. Austin Prock’s current crew chief, Jon Schaffer, also has a win in Gainesville with team namesake John Force in 2017. At the 50th anniversary of the famed event, Prock is hoping to add to the list of achievements.

“Gainesville Raceway has a lot of history for my family and it’s where I got my Alcohol Funny Car and Nostalgia Funny Car licenses. Getting back there with my Montana Brand / Rocky Mountain Twist Top Fuel team is going to be exciting,” said Prock. “East coast opener, 50th anniversary, racing in front of the legends of the sport, I’m definitely excited and looking forward to getting back into the seat. The break between Phoenix and Gainesville is a long one and I’m ready to be racing again.”