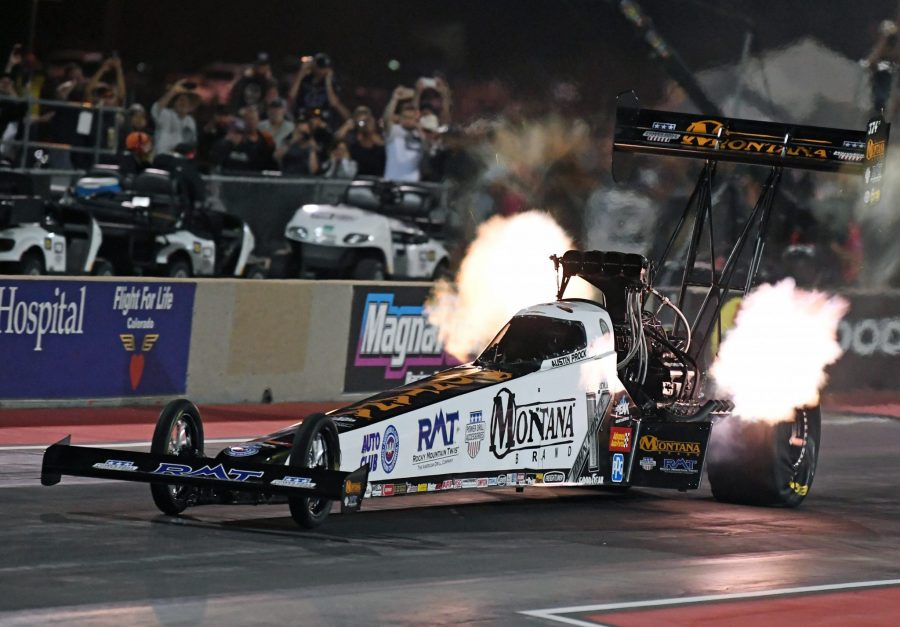 SONOMA, Calif. (July 24, 2019) — Heading to the 15th event on the 2019 NHRA Mello Yello Drag Racing Series Season schedule, the NHRA Sonoma Nationals, Austin Prock is eager to get back in the driver’s seat of his Montana Brand / Rocky Mountain Twist dragster and build on their progress.

Since making his NHRA drag racing debut at the season opening Winternationals, Prock and the Montana Brand / Rocky Mountain Twist team have been working hard to maintain a steady and consistent performance, and with the masterminds of Mike Green and Ronnie Thompson leading the way, being a top contender in the Top Fuel class isn’t far out of reach.

So far on the Mello Yello tour, Prock has powered his way to four second-round appearances and has a semifinal finish from the Heartland Nationals where he made his best qualifying effort of the season landing his dragster in the No. 3 spot. The first-year driver also has a series of consistent runs in the .70s and .80s and has a career best elapsed time of 3.69-seconds and speed of 334 mph.

At the recent Mile-High Nationals, the second event of the Western Swing, Prock had a first-round exit despite a solid qualifying effort where he handled his dragster to a 3.898 and 3.884-second pass in the final qualifying sessions.

“Denver was a tricky place. We didn’t have the type of race day we wanted, or one that anyone would really want, but we’ve made a lot of progress the past few races and have had some decent qualifying passes,” said Prock. “I’m excited to get back on sea level and the conditions will be good enough to use some of what we learned at Norwalk testing. I’m ready to get back in the driver’s seat and go rounds with this Montana Brand / Rocky Mountain Twist team.”

At this year’s Sonoma Nationals, Prock is competing to become the fifth John Force Racing driver to make a trip to the winner’s circle at Sonoma Raceway. Team owner John Force, Robert Hight, Courtney Force and the late Eric Medlen have all taken home Wallys in the Funny Car class.

“I’m really looking forward to racing this weekend. A win at Sonoma would mean a lot, it was the last win of Eric’s career and I got to share the winner’s circle with him,” said Prock. “This team I have has been working really hard and I think that’s been showing. Luck hasn’t been on our side but each race we’ve made improvements and we’re hoping to turn things around this weekend.”