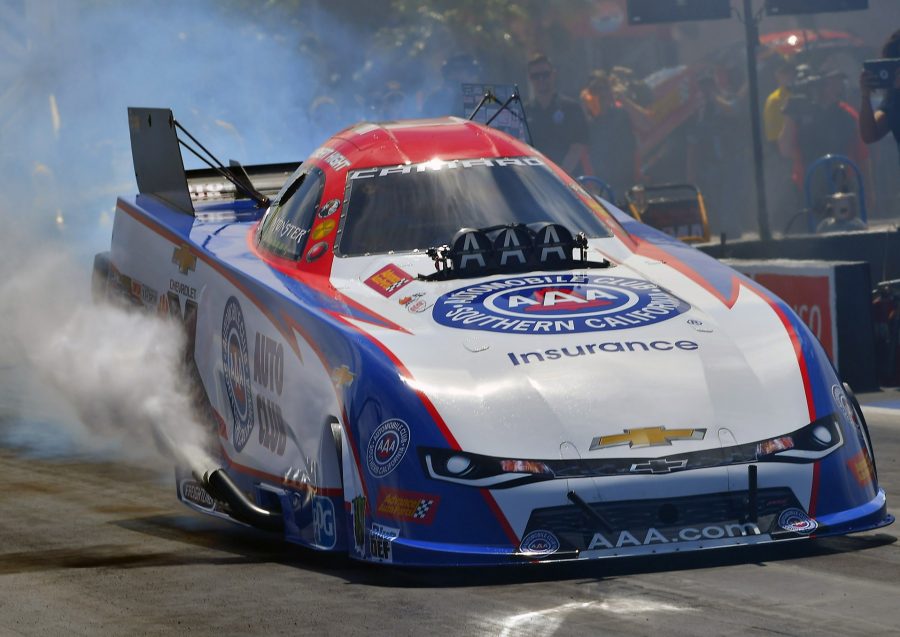 After a runner-up finish at the season-opening NHRA Winternationals in Pomona, Calif., Hight has had a series of short Sunday race days that have landed him seventh in the NHRA Mello Yello points standings.

“Jimmy Prock and I talked about the start of our season and how it hasn’t gone the way we wanted to at this point. I still feel really good heading into Houston. We are way better than where we are in the Mello Yello point standings,” Hight explained. “When our race car is right there is nobody better. We tested in Las Vegas and that went well so we are going to go and basically start our season in Houston.”

The NHRA SpringNationals, held at Royal Purple Raceway just outside of Houston in Baytown, Texas, have been good to Hight. In 2005, Hight picked up his first career Funny Car win, it was just his fourth start, and he was the No. 1 qualifier. He won the event again in 2014 and, in 2017, he had a runner-up finish.

“I went to the final round last year and I have won there a couple times. There is a lot of special meaning at this event because it is where I got my first win. I love going back there,” Hight said.

Hight will once again be driving the AAA Texas Chevrolet Camaro SS Funny Car at the NHRA SpringNationals. The Auto Club of Southern California logo on the side of his race car will be replaced with the AAA Texas logo.

“It will be cool to fly the AAA Texas colors on the side of this Chevrolet Camaro Funny Car,” said Hight. “There will be a lot of AAA Texas folks at the track plus we’ll have the on-site activation with the stage. That gives us more opportunity to talk with the fans which is always great.”

Qualifying at the NHRA Spring Nationals at Royal Purple Raceway in Baytown, Texas begins with two sessions on Friday at 4:30 and 7 p.m. and continues Saturday with sessions at 1:30 and 4 p.m. Eliminations are set to begin Sunday at 11 a.m. Catch the action on FOX Sports 1 (FS1) with live qualifying at 1 p.m. on Saturday and live finals coverage beginning at 2 p.m. Sunday