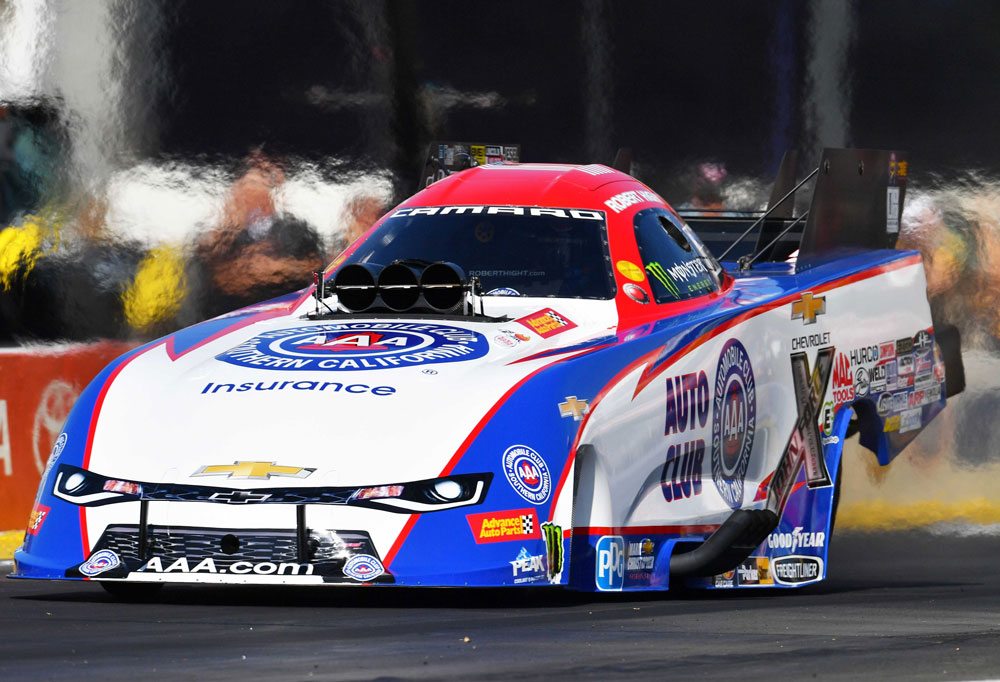 With a strong showing at pre-season testing just three weeks ago at Wild Horse Pass, Hight is looking forward to the second of 24 races in the NHRA Mello Yello Drag Racing Series Season.

“Without a doubt we have a lot of confidence going to Phoenix,” said Hight, who will be making his 300th pro start at the event. “We have run well there. We were on some good runs when we shut it off in testing. We might even have some new parts on this Auto Club Chevy that I know will make a big difference. I am looking forward to the race. We had a lot of work to do last week. We are going to come out strong this weekend.”

Even after qualifying No. 2 and powering his Auto Club of Southern California Chevrolet Camaro SS to a runner-up finish at the season-opening Winternationals, Hight knows he and his Auto Club team have more to show.

“The way Jimmy Prock races he wasn’t happy with (the Pomona finish),” Hight explained. “Jimmy does not like to get outrun. We know there is more left in it from how we ran in Phoenix testing. We are still learning some of these new clutch discs. The good news is we were very, very consistent.”

Consistency was important during Hight’s 2017 championship campaign, where he qualified in the top half of the field at 20 events. All four of his wins and seven of his eight No. 1 qualifiers came in the second half of the season.

“This is going to be a good year. I am super excited about the way it started. It is just like we picked up right where we left off at the end of last season,” Hight said. “I learned some things at the Auto Club Finals. I learned how to relax. I did that at the Winternationals and I drove really well. I like where this is going.”