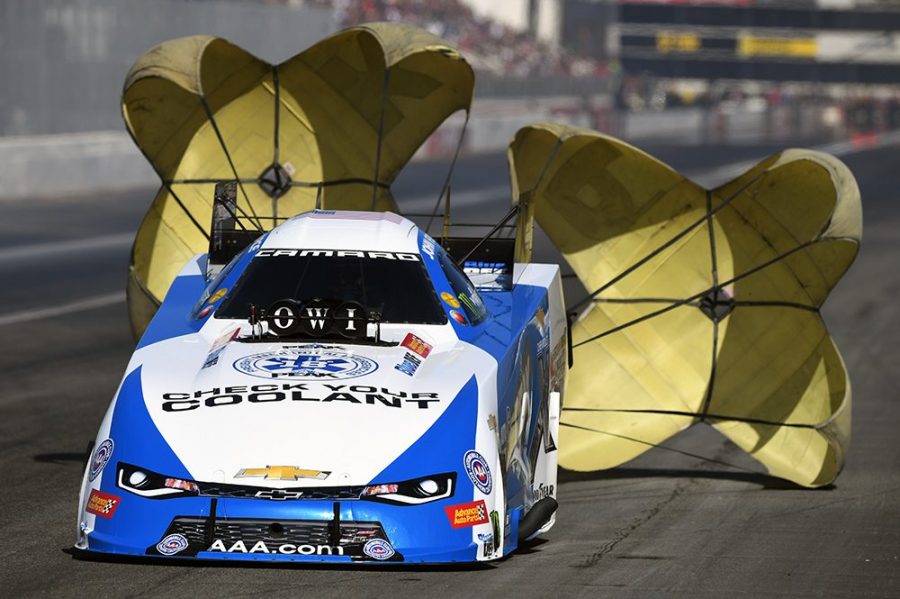 “We had a rough weekend in Pomona. I am feeling fine from my deal on Friday and the bottom line is you can replace race cars but you can’t replace a serious injury or a teammate,” reflected Force. “I have to thank Simpson and the Safety Safari. That safety equipment did its job on me and Brittany. I am looking forward to getting back into my race car in Phoenix. I have won a lot of races there. The season is just getting started and there are a lot more races to win.”

In his 33 appearances at the Phoenix event the 16-time champion has never failed to qualify and has won the race eight times, nearly twice as many times as any other NHRA Mello Yello Drag Racing Series competitor. After a first-round exit at the Winternationals, Force is hoping the information they learned will put an end to the rocky start.

“The teams are working hard right now. It is business as usual,” explained Force. “My car is struggling but we are working on a couple things and we found some things out in Pomona that were part of the problem. The guys I have working on my race car, (crew chiefs) Jon Schaffer and Jason McCulloch, are sharp guys plus we have Jimmy Prock (crew chief for Robert Hight and the Auto Club Funny Car) helping all the teams. That Auto Club Chevrolet was one of the best cars on race day with Robert Hight.”

Force will continue to run his PEAK Coolant and Motor Oil Chevrolet Camaros SS Funny Car reminding fans that you’re just 18 degrees from a mechanical emergency but will add the Republic Services star to the rear window. Republic Services is the second largest waste disposal agency in the country and a proud partner of PEAK and Old World Industries. Incorporated in 1996, Republic Services is founded on five core values: to be Respectful, Responsible, Reliable, Resourceful and Relentless. The five R’s are joined together to create their logo.