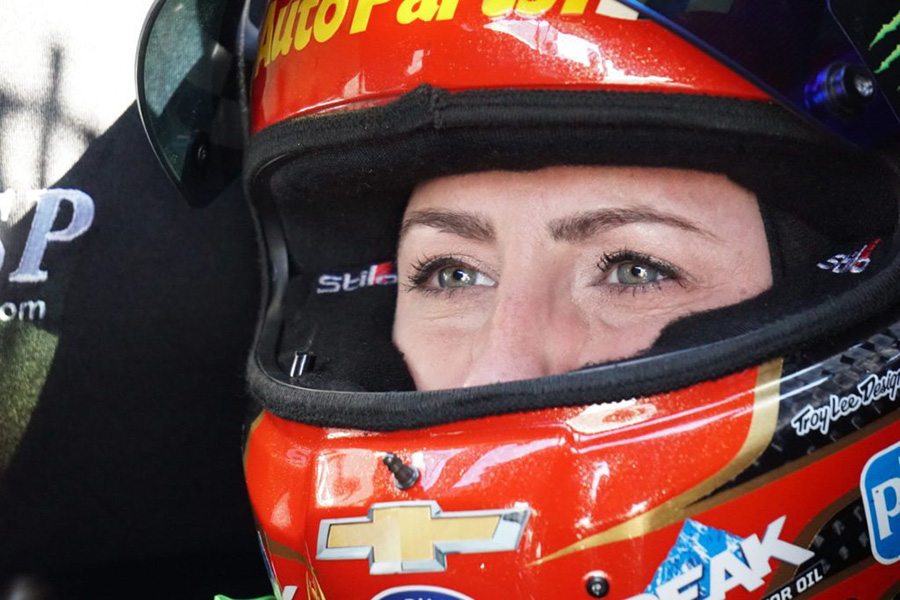 CHANDLER, Ariz. (Feb. 21, 2018) — John Force Racing opened the 2018 season with a bang but not in the fashion that was hoped for. Courtney Force, driver of the Advance Auto Parts Chevrolet Camaro SS Funny Car, is hoping to change the tide as they head to Wild Horse Pass Motorsports Park outside of Phoenix for the 34th annual NHRA Arizona Nationals.

Force has several reasons to be excited about the second of 24 events on the NHRA Mello Yello Drag Racing Series schedule. For one, she was the quickest in the Funny Car class with a 3.839-second pass at the NHRA test session at the facility just three weeks ago and she’s qualified No. 2 for three consecutive years.

“I feel like testing at Phoenix in the off-season and running 3.83 at Wild Horse Motorsports Park shows that it is a great race track,” said Force, the winningest female Funny Car driver in NHRA history. “I am excited to get back there and my team has had success there recently.”

Her consistency during qualifying has not always translated into race day success at the facility. Force has only two semifinal finishes (2012, 2016), both of which she lost to John Force Racing teammates, John Force and Robert Hight, respectively. However, even after a first-round exit at the season-opening Winternationals, she knows her team has what it takes to change that.

“We have qualified well at the Arizona Nationals but we just haven’t had a lot of race day success. We want to turn that around especially since we had a short race day at the Winternationals,” Force said. “This Advance Auto Parts team is strong and the way we started the season isn’t how we want to continue heading into Arizona. We have a lot of data form testing from our Camaro Funny Car as well as our other two JFR Funny Cars so we will be in a great position to have success. I am looking forward to getting back to the track.”

Before Force heads to Wild Horse Pass for qualifying on Friday, she’ll be at the Advance Auto Parts Store in Glendale (6002 W. Bell Road, Glendale, AZ) on Thursday evening signing autographs for fans from 6 -7 p.m.