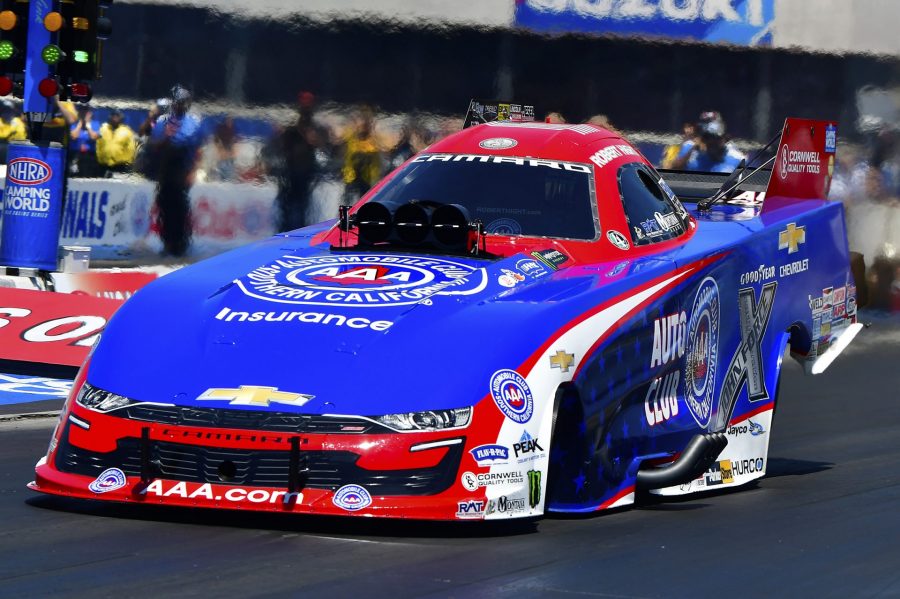 BRAINERD, Minn. (Aug. 18, 2021) – Robert Hight and the Automobile Club of Southern California Chevrolet Camaro SS team are currently tied for fifth, just 68 points back from the Funny Car points lead. With two races before the NHRA Countdown to the Championship, NHRA’s seven race playoffs, Hight knows the Lucas Oil Nationals at Brainerd International Raceway is an important step to gaining momentum in the points battle.

Already with two victories at the NHRA SpringNationals in Houston and Sonoma Raceway’s NHRA Sonoma Nationals marking the 53rd win of his career, two runner-up finishes at the season opening Gatornationals and the New England Nationals and a No. 1 qualifier at the Las Vegas Four-Wide event, Hight and the Auto Club team have proven themselves to be contenders for the NHRA Camping World Drag Racing Series championship. The Funny Car field is competitive though, making every point matter.

“I’ve said it before, I think this Funny Car field is one of the most competitive we’ve ever had,” Hight said. “I don’t think it’s ever been this close, the top six all within 70 points of the lead, it goes to show you how hard you have to work and how consistent you have to be. We were a little off last weekend, but Jimmy Prock and Chris Cunningham are known for turning things around in a hurry.”

Luckily, the Auto Club team doesn’t have to wait long between races to get their momentum back. After qualifying 14th and making a quarterfinal finish, Hight and the Auto Club Chevy boys appreciate the back-to-back races. Heading to Brainerd International Raceway as the track record holder in both elapsed time, 3.793-seconds from 2015, and speed, 338.00 mph in 2017, Hight is hoping to earn his second win at the facility. Along the way he’ll contest for his third No. 1 qualifier and all the bonus qualifying points he can get.

“I’m looking forward to Brainerd. Getting back in the seat, gaining some consistency trying to build some momentum,” Hight said. “I’ve done well here in the past so I’m hoping to build on that. The Countdown to the Championship is coming up quick so it’s time to really get in gear and get this Auto Club Chevy back into the winner’s circle.”