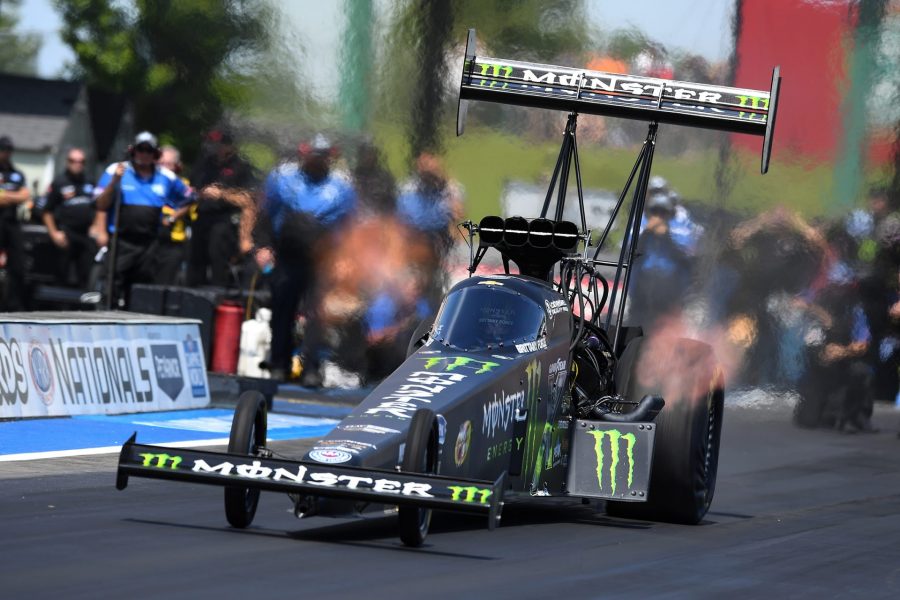 BRAINERD, Minn. (Aug. 18, 2021) – Brittany Force and the Monster Energy team finally turned their qualifying dominance into race day dominance with their first win of the season. Now that they’ve proven they have the ingredients to win races, they’re ready for more as they head to the Lucas Oil NHRA Nationals at Brainerd International Raceway.

The Monster Energy / Flav-R-Pac team has collected six of the 11 No. 1 qualifying positions this season and is currently on a streak of four consecutive. The 2017 world champion earned No. 1 positions at both Four-Wide events in Las Vegas and Charlotte and swept the top spots at the three-race Western Swing before earning the 26th No. 1 of her career at the Menards NHRA Nationals at Heartland Motorsports Park in Topeka, Kan. Force capped off the weekend with a double-up win with her father, 16-time world champion John Force. It was the first time in NHRA Camping World Drag Racing Series history a father and child duo shared the winner’s circle. It is the fifth time John Force Racing has had a Funny Car / Top Fuel double-up. Brittany first did it with Robert Hight at the Gatornationals in 2016 for the first win of her career then Dallas 2017 and again in Houston 2019 before John Force and Austin Prock won together for John’s 150th in Seattle 2019.

“I’m still on a high after winning alongside my dad in Topeka this last weekend. Doubling up with my dad has been a goal of mine since the start of my career,” Force said. “Year after year I realized just how tough lining that up would be. It’s not easy going four rounds on race day and trying to do that in two separate fields seemed impossible. But Sunday in Topeka we both had the best cars and teams on the track. Celebrating in the winners circle with the Monster Energy / Flav-R-Pac team and my dad’s PEAK Chevy team is something I’ll never forget.”

While the David Grubnic and Mac Savage led crew had two final round appearances (Charlotte Four-Wide and Norwalk, Ohio) before the historic victory in Topeka, their first win couldn’t have come at a more prime time. Now sitting No.2 in the points standings, the Monster Energy dragster will have two races to maintain that spot and head into the Countdown to the Championship, NHRA’s seven race playoffs, in the best position possible to take down points leader, defending and three-time world champion Steve Torrence.

“Now these John Force Racing teams all head to Brainerd. This Monster Energy team will be on the hunt for another win,” Force said. “With the Countdown so close, we have to keep on this upward momentum. Our goal is to repeat what we did last weekend because we’re chasing down that points lead.”

Brittany has qualified No. 1 at four straight races, the first Top Fuel driver to do that since 2009 (Larry Dixon).  Force was the No. 1 qualifier at Brainerd International Raceway in 2019, the last time the event was contested. She also is the track speed record holder at 333.16 mph, a mark she set in 2017. With the exception of Steve Torrence, no one has won more Top Fuel races the last five years than Brittany.  She and competitor Leah Pruett both have won eight times during that span. Force will be trying to win back-to-back events on the pro tour for the first time in her career.