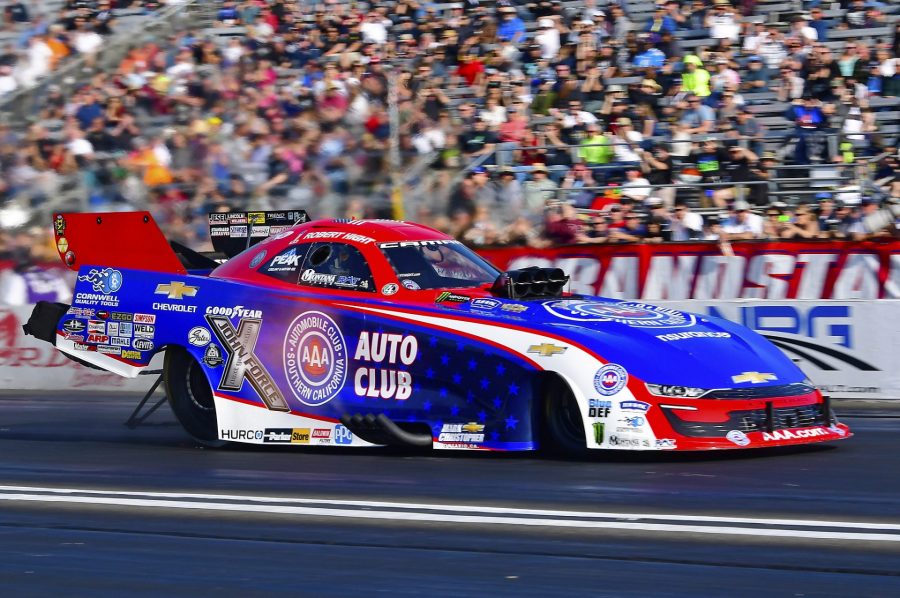 Two weeks ago, at the season-opening Winternationals, the reigning and three-time Funny Car world champion laid down three consistent qualifying passes in the .80s to land the Auto Club Chevy in the No. 3 spot. The slew of runs would back up their showstopping performance from pre-season testing where the Jimmy Prock and Chris Cunningham led crew were the quickest of the Funny Car class in two of the three test days. Although a rare second-round exit on race day at Auto Club Raceway at Pomona would have Hight packing up early, the 16-year racing veteran left confident that the team won’t be making a habit of the day.

“Pomona wasn’t a bad weekend for the Auto Club team; we just had a bad race day. It happens and we’ll bounce back. Jimmy Prock, Chris Cunningham and all the Auto Club guys worked really hard to get us a championship last season and they’ve continued that into 2020 it just wasn’t our day,” said Hight. “The team had a chance to regroup so we’ll be ready for this next one in Phoenix. I have all the confidence in my team.”

At the 2019 Arizona Nationals, Hight powered his way to the No. 1 qualifier spot and left the event in the points lead despite an early exit in the semifinals. This year, the crewman turned three-time world champion will be competing for his second win at the facility to go alongside his 2012 victory when he defeated then teammate Mike Neff. Hight was also the No. 1 qualifier in 2007 when he recorded a 4.636-second pass, the quickest quarter mile Funny Car run in NHRA history. In 2008, NHRA switched to the 1,000-foot format where Hight holds the national record for elapsed time at 3.793-seconds.

“I’m ready to get to Phoenix and get back in the driver’s seat. We’ve had success there in the past, but it’s been a while so I’m ready to get in the winner’s circle. We came close last year so it’s a good confidence boost,” said Hight. “This Auto Club team is hungry to get back on top and I’m looking forward to seeing what we can do this weekend.”