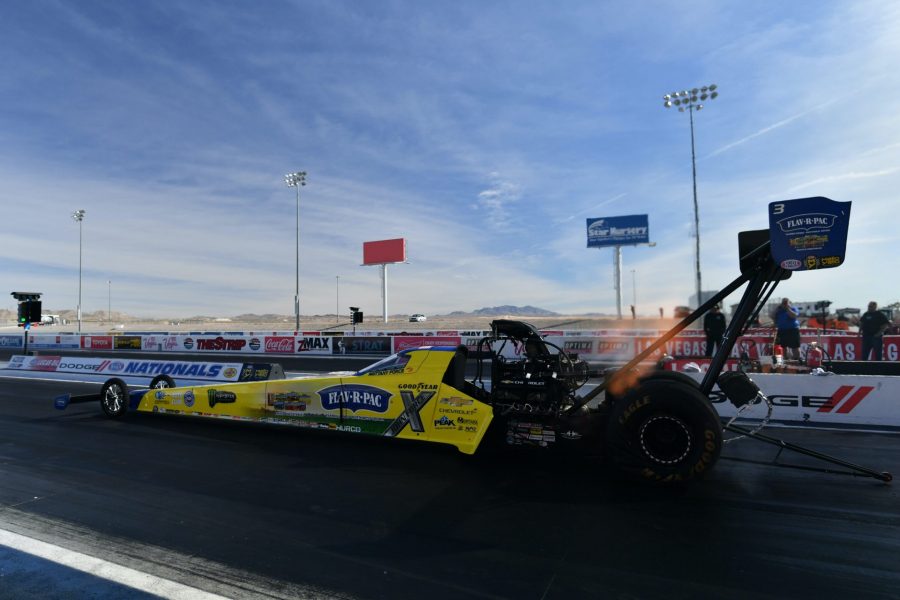 CHANDLER, Ariz. (Feb. 19, 2020) – Brittany Force will be debuting the yellow and blue colors of Flav-R-Pac on her Top Fuel dragster this weekend when she heads to the NHRA Arizona Nationals hosted at Wild Horse Pass Motorsports Park, just outside of Phoenix.

Force is sitting third in the NHRA Top Fuel points standings thanks to a No. 1 qualifying position and semi-final finish at the 2020 season opening Winternationals at Auto Club Raceway at Pomona. After making only half-track passes at pre-season testing, Force’s first full pull of the year was an impressive 3.706-second pass that had her leading the pack on Friday. A stellar Saturday with 3.686 and 3.657-second runs earned Force the No. 1 qualifying position. She would have a solo run and two consistent passes only to fall short to eventual race winner Doug Kalitta in the semis.

“It’s the second race of the season and our team will be pulling out with a new look. We’ll be debuting our Flav-R-Pac sponsorship. I’m very happy to be teamed up with Frank Tiegs and Flav-R-Pac, it’s one of his companies, frozen fruits and vegetables. The car looks awesome, it’s bright yellow and blue,” Force said. “I’m excited to get to Phoenix, get back to the team, get back in the flow of things. I’m ready to get out there, go some rounds and hopefully bring home a first win for Flav-R-Pac.”

Teamed up with her new sponsor, who just upped their races from 10 to 12, Force is looking for an elusive win at the facility where she’s finished runner-up three times. Force, who had back-to-back final round appearances at the NHRA Arizona Nationals in 2016 and 2017, will also be racing for her first No. 1 qualifier at the facility.

“The Arizona Nationals have always been a tough one for our team in the past. We’ve been runner up there three times and just for some reason can’t seem to get the job done,” Force said. “We’re hoping to turn things around this year, go all the way and get this Flav-R-Pac team in the winner’s circle.”