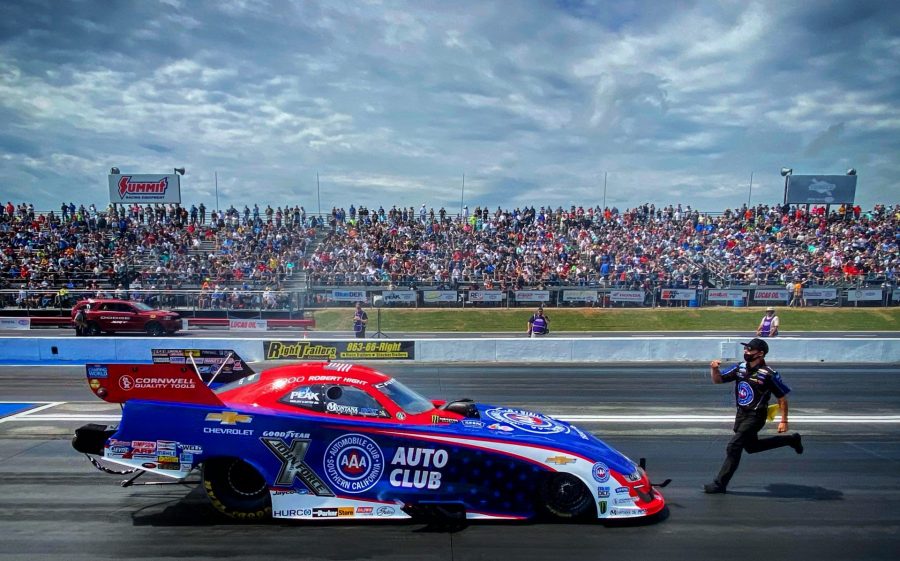 CONCORD, N.C. (May 12, 2021) – Heading to North Carolina and zMAX Dragway for the NGK NTK NHRA Four-Wide Nationals May 14-16 couldn’t come at a better time for Robert Hight and the Automobile Club of Southern California Chevrolet Camaro SS team. If there was ever a track for Hight and Auto Club to overtake the NHRA Camping World Drag Racing Series, it would be zMAX Dragway.

“We’re going to Charlotte with the mindset that we are the team to beat. I’ve had a lot of success at this track and I’m hoping that continues,” Hight said. “This Auto Club team, Jimmy Prock, Chris Cunningham, we’re proven we are going to be dangerous this year. We had some setbacks, some bad luck, but even still we have been competitive. I think the performance we have shown this season, in just three races, is a pretty good indication of what’s to come.”

Currently sitting sixth in the points standings, Hight and the Auto Club Camaro have shown glimpses of brilliance. They opened the season with a runner-up finish at the Gatornationals and in Las Vegas, at the first four-wide event of the season, they were quickest each of the qualifying rounds and bettered themselves with low ET of the event during the first round of eliminations. At the NHRA Southern Nationals at Atlanta Dragway, they had a rare run-in with some misfortune to qualify 12th and have a first round exit.

“It just wasn’t our weekend in Atlanta. It definitely didn’t reflect the work this Auto Club team has put in early this season,” Hight said. “Quickest every round, like we were in Vegas, that’s where we want to be and that’s where we’re going to get used to being. This Auto Club team is ready for Charlotte, ready to go some rounds, get another win and set our pace for the rest of the season.”