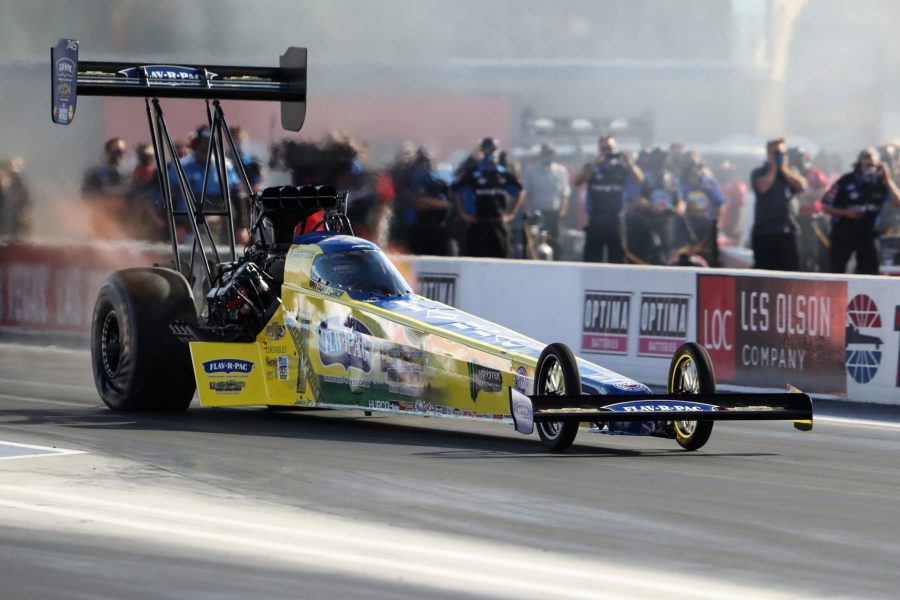 CONCORD, N.C. (May 12, 2021) – There has been no doubt that Brittany Force and her Flav-R-Pac team have emerged dominant after a year’s long absence from the NHRA Camping World Drag Racing Series. Since pre-season testing, the 2017 championship team have yet to let up, continually improving their performance and most recently making a jump in points to enter the NGK NTK NHRA Four-Wide Nationals at zMAX Dragway May 14-16 sitting fifth in the standings, just six points out of the top four.

Led by crew chiefs David Grubnic and Mac Savage, Force and her team opened the season at the Gatornationals earning top speed of the event in the first round of eliminations at 331.94 mph. At the Vegas Four-Wide Nationals, Force tallied the 21st No. 1 qualifying position of her career and ended the weekend with the top speed and low elapsed time when she ran 3.722-seconds at 330.80 mph to open eliminations. At the most recent event at Atlanta Dragway, the NHRA Southern Nationals, Force qualified No. 5 and laced together three solid runs for a semifinal finish.

“We’re coming off three races and I feel like this Flav-R-Pac / Monster Energy team is off to a good start. But we need to step up our game,” Force said. “We’re looking for more if we want to win a championship. At the final race in Atlanta we were No. 5, went to the semis and made a big jump from 10th to fifth in points, which was good, but, again, we want more.”

As they chase their first win of the season, Force and her Flav-R-Pac team have history on their side at zMAX Dragway. Force was the first woman in either of the nitro categories to win a four-wide race when she prevailed in 2016 over Antron Brown. To this day she is only one of two women (along with Erica Enders) to have won a four-wide race. In 2018, when she was the No. 1 qualifier, she just missed becoming the 15th driver to win both Charlotte races when she was runner-up to Steve Torrence at the fall race in 2018.

“I’m anxious to get to Charlotte Four-Wide. We’ve had success there back in 2016,” said Force. “Four-wide is tricky, but we’ve gotten the job done before and we can do it again this weekend. We’re looking to go rounds, win and move up in points to get closer to that championship.”