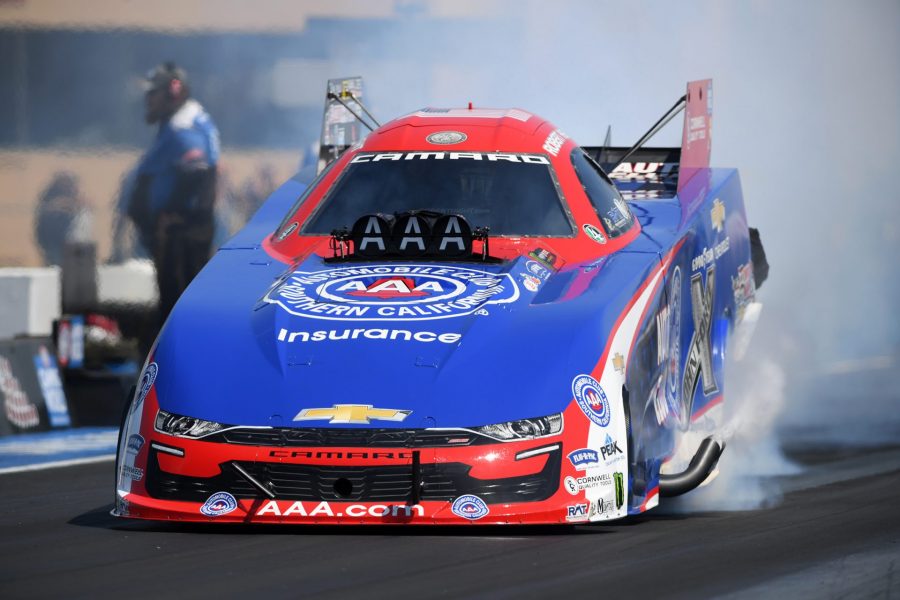 Hight and the Auto Club team are trying to climb to the top of the Funny Car standings for the 14th time in the 16 seasons in which they have contested the championship. If they are successful this weekend, Hight would earn a 30-point advantage over No. 2 when the points reset for the NHRA Countdown to the Championship.

Already with two victories at the NHRA SpringNationals in Houston and Sonoma Raceway’s NHRA Sonoma Nationals marking the 53rd win of his career, two runner-up finishes at the season opening Gatornationals and the New England Nationals and a No. 1 qualifier at the Las Vegas Four-Wide event, Hight and the Auto Club team have proven themselves to be contenders for the NHRA Camping World Drag Racing Series championship. The Funny Car field is competitive though, making every point matter. After missteps at the event in Topeka and the most recent race at Brainerd International Raceway, the three-time championship team took a day in Brainerd, Minn. to test and the results were exactly what they wanted.

“This Auto Club Chevy, we’ve either been good, or we’ve been bad, there hasn’t been any in between,” Hight said. “Honestly, I think we found some consistency during Brainerd testing, we ran well, every pass. As far as confidence leaving Brainerd both John and my team, we were pretty stoked.”

Hight is seeking his fourth win at the U.S. Nationals, drag racing’s biggest event in the world. He previously won in 2006, 2008 and 2013. If successful in securing his fourth victory at the historic facility, Hight would tie Don Prudhomme for third most Funny Car victories at the US Nationals. In addition to his three wins, he also has been runner-up three times, most recently in 2015.

“You don’t want to look back a career and say you never won Indy. I’ve been fortunate enough to say I’ve won it a couple times and I’m looking forward to winning it a couple more. There are full fields at this event. That Friday night run is going to be important, you can’t go and throwdown and if it doesn’t work expect you’ll get in the show on Saturday like a lot have done the rest of this season. We’re going to go out, make our run, get in the show and use Saturday to try and get as much data and build consistency for Sunday.”