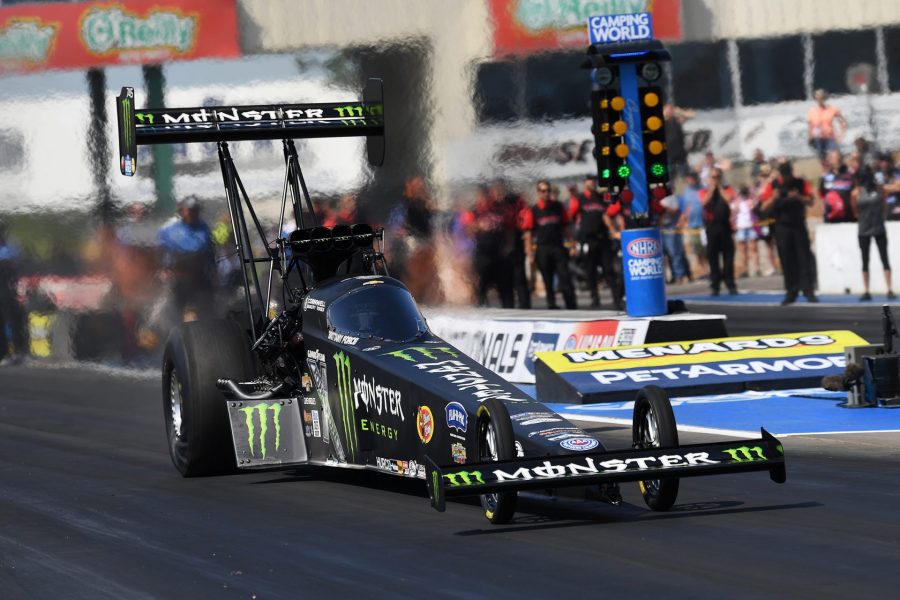 INDIANAPOLIS (Sept. 02, 2021) – Sitting No. 2 in the NHRA Camping World Drag Racing Series points standings, Brittany Force and the Monster Energy team are more confident than ever as they head into the Dodge//SRT NHRA U.S. Nationals at Lucas Oil Raceway, the final regular season event before the NHRA Countdown to the Championship, NHRA’s seven race playoffs.

The Monster Energy / Flav-R-Pac team has collected seven of the 12 No. 1 qualifying positions this season and is currently on a streak of five consecutive. Force is going for her sixth straight No. 1, the 28th of her career and her second straight at the U.S. Nationals. The 2017 world champion swept the top spots at the three-race Western Swing and followed with a No. 1 position on her way to a double-up win with her father, 16-time world champion John Force at the Menards NHRA Nationals at Heartland Motorsports Park in Topeka, Kan. It was the first time in NHRA Camping World Drag Racing Series history a father and child duo shared the winner’s circle. Brittany would bring her No. 1 streak to five at the most recent stop on the tour at Brainerd International Raceway where she also had a semifinal finish.

If Force is No. 1 again, she would tie sister Courtney for third most JFR No. 1s behind John and Robert Hight. Six straight No. 1s would be the most by any pro driver since Allen Johnson did it in Pro Stock in 2012 and would tie her with her dad (1994), Don Prudhomme (1976), Warren Johnson and Jim Yates (both 1997), Greg Anderson (2004), Tony Schumacher (2005) and Allen Johnson for 10th longest all-time consecutive No. 1 qualifier streaks.

“We are finally heading into the U.S. Nationals and the final race before the NHRA Countdown begins,” Force said. “This Monster Energy/ Flav-R-Pac team is second in points and in a great spot. Our goal going into the Countdown was a top 3 position and we hit our expectation.”

Force is the track record holder for time at 3.645 seconds, a mark she established the last time she raced at Lucas Oil Raceway in 2019. It is one of 16 elapsed time or top speed track records she currently holds (at 12 different tracks). She is trying to become the sixth different JFR winner of drag racing’s biggest event after John Force, Gary Densham (2004), Robert Hight, Ashley Force Hood (2009, 2010) and Mike Neff (2011, 2012).

“The Indianapolis US Nationals, The Big Go, is our biggest race of the season,” Force said. “It’s a prestigious race and one I’m still looking to win. Our plan is to take it all home and win at one of the most nostalgic tracks on our circuit.”