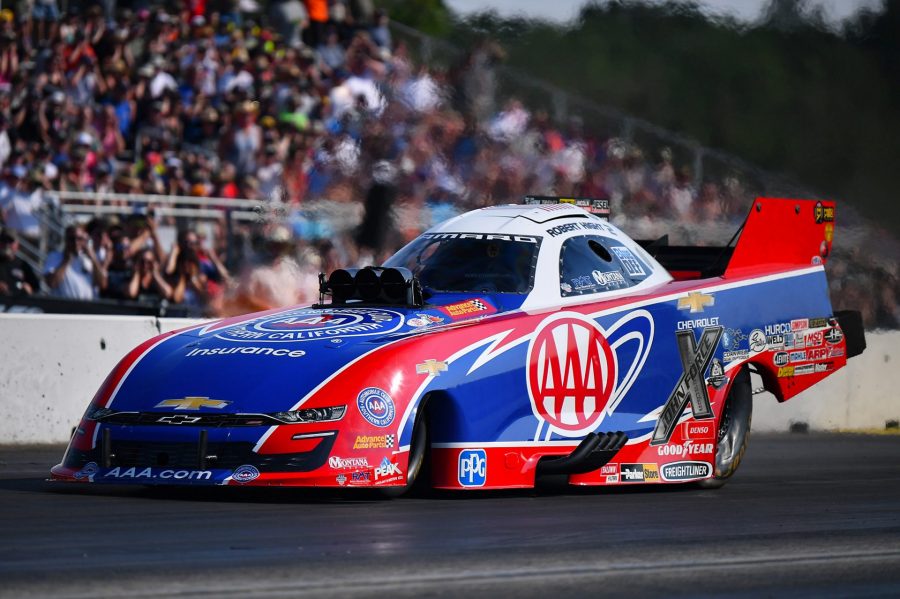 With five races left and already five wins under his belt, Hight is on the verge of a career best season. It is the third time in his career Hight and his AAA team will finish with at least five wins, the most of his career. As the defending champion of two of the upcoming races, a sixth win and third championship are well within grasp.

At this weekend’s AAA Insurance NHRA Midwest Nationals, Hight will be racing for his fourth consecutive No. 1 qualifier at World Wide Technology Raceway and fifth overall. The two-time world champion has won his title sponsor’s event in St. Louis twice including last year when he defeated Tim Wilkerson in the final but crossed the finish line and had a fiery explosion.

“When I was on the run, I knew something wasn’t quite right. But it was the finals, I didn’t want to lift. I even looked over to see if I could see Wilkerson in front of me. I didn’t. If I had seen him out in front, I probably would have lifted,” said Hight who raced past team owner John Force and veteran racer Tommy Johnson Jr. before reaching last year’s final round. “I remember getting out of the car and I knew something in my shoulder area was hurt but what hurt most was no one could tell me if I had won or not. That was brutal.”

“We didn’t get to celebrate, I had to go to the hospital, so there was no winner’s circle. I think there’s one photo when I came back to the pits and was standing around with my guys and that was our winner’s circle photo,” continued Hight. “We’re going to change that this year, we’ll be defending our win and looking to get a proper winner’s circle, the whole team together.”

After taking a day to test following the national event in Reading, Pennsylvania just two weeks ago, Hight and the AAA team are more than confident in their Chevy Camaro.

“Testing went really well, probably one of the most productive test days we’ve had. We were able to get three solid passes that were really encouraging,” said Hight who, in Reading, qualified sixth and had a second-round exit after smoking the tires. “If we carry that over and keep doing what we’re supposed to, it could be down to John (Force) and I competing for the championship. It’s such a competitive class this year, though. Funny Car is tougher than ever so we both need to be on our game, us as drivers and our teams too.”