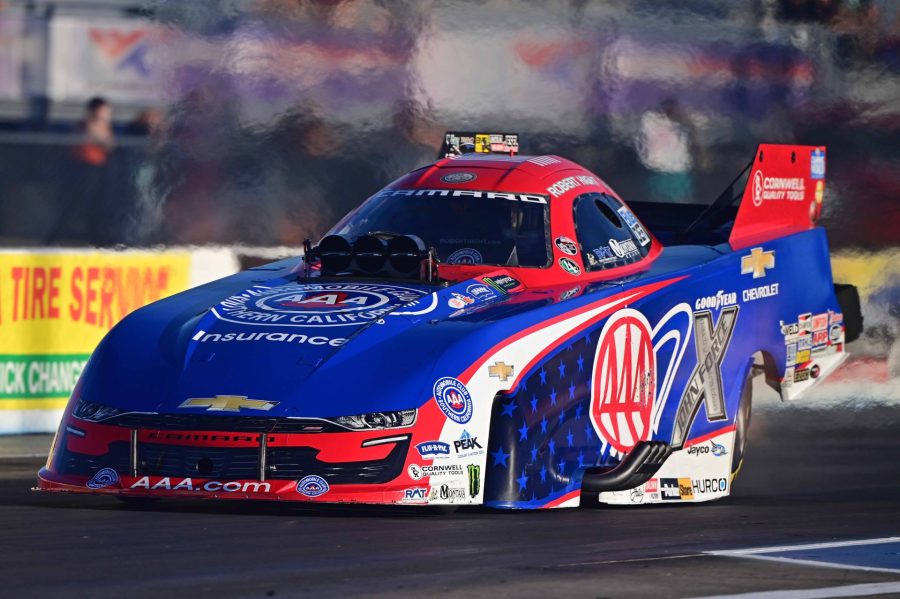 ENNIS, Texas (Oct. 06, 2021) – Stakes are high for Robert Hight and his AAA Texas Chevrolet Camaro SS team as they head to the Texas NHRA FallNationals at Texas Motorplex, the fourth of seven events in the NHRA Countdown to the Championship. Tied for seventh in what’s been one of the toughest Funny Car fields of Hight’s career, a good showing this weekend will keep a fourth championship in sight.

With two victories in 2021 at the SpringNationals in Houston and Sonoma Raceway’s NHRA Sonoma Nationals, two runner-up finishes at the season opening Gatornationals and the New England Nationals, and a No. 1 qualifier at the Las Vegas Four-Wide event, Hight and the AAA team need a late season surgency to pull off another championship run. Hight left the first two events in the Countdown, the first at Maple Grove Raceway and the second the NHRA Carolina Nationals, with No. 2 qualifying positions at each and a semifinal and first round exit, respectively. Most recently, Hight was the No. 7 qualifier and had a first round exit in St. Louis.

“We’ve had some inconsistency. This AAA team has either been on or off. There’s been no in between,” Hight said. “We need to be on this weekend. We have a lot of work to do. Is it still possible? Yes, and if any team can do it, it’s this one with Jimmy Prock and Chris Cunningham leading the way.”

“I enjoy racing in Texas. This AAA team has had success there and with the show they’re putting on this season, all the events they have happening leading up to our race, the finale, it’s going to be exciting,” Hight said. “We’ll take advantage of the testing they’re allowing on Wednesday and getting that second qualifying session back on Friday. It should set up for a good show and allow us to get some momentum going.”

The Texas Motorplex is playing host to the “Stampede of Speed” ahead of the Texas NHRA FallNationals. While festivities have been ongoing since Oct. 2nd, Hight and his teammates will get the week started Wednesday with the NHRA Camping World Drag Racing Series Open Test Session and then the Fan Fest in downtown Waxahachie on Thursday evening. Hight will also be participating in a special media event put on by AAA Texas in their efforts to stop illegal street racing on Thursday morning in downtown Dallas.

Texas NHRA FallNationals racing activities at Texas Motorplex will kick off with two qualifying sessions Friday at 4 p.m. and 8 p.m. Qualifying continues Saturday with two more tries at 1 p.m. and 5 p.m. Eliminations are set for Sunday at 11 a.m. Television coverage begins with Friday