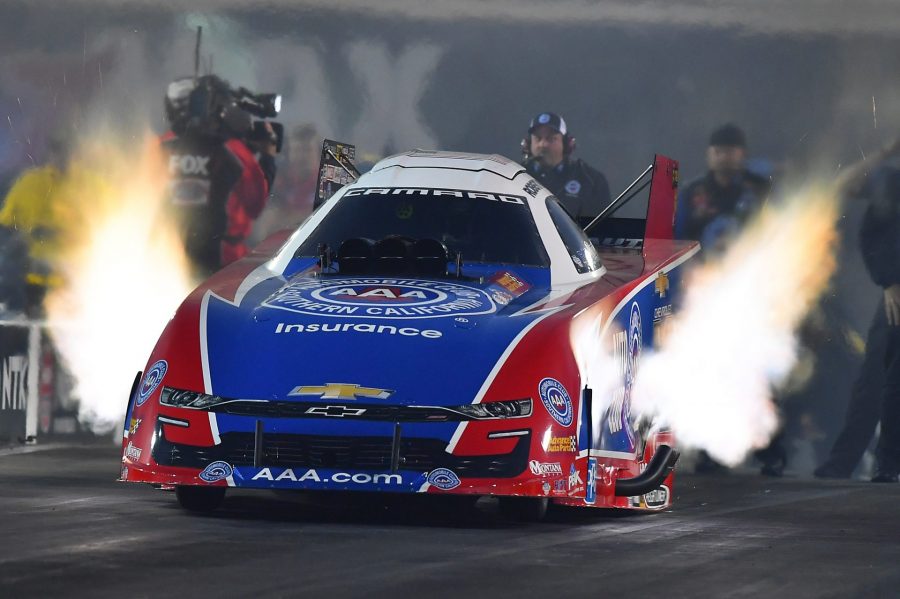 CONCORD, N.C. (Oct. 9, 2019) — Fueled by their recent performance, Robert Hight and the Automobile Club of Southern California Chevrolet Camaro SS team are making their way to the NTK NHRA Carolina Nationals looking to continue their stronghold over the Funny Car class as they fight their way to the winner’s circle for the sixth time this year.

From taking home the first Wally of the season at the season opening Winternationals, to leading the Funny Car class through 18 consecutive events and clinching the regular season championship, Hight is on the threshold of a career best season. And as he heads to the third playoff race in the NHRA Mello Yello Countdown to the Championship back in the points lead with his Auto Club Chevy, he’ll continue his hunt for a third Funny Car championship title.

Two weeks ago, at the Midwest Nationals in St. Louis, Hight handled his hot rod to three quality passes to start race day from the No. 4 spot and continued the consistency during eliminations. Firing on all cylinders, the racing veteran powered past Bob Bode and Ron Capps to make a trip to the semifinals where he fell short to reigning champion J.R. Todd. Despite the exit, Hight left the event with a renewed claim on the points lead and his fourth semifinal finish of the season.

“We got the points lead back in St. Louis and you know, that feels great. Jimmy Prock, Chris Cunningham and all the Auto Club guys have been working really hard to get this thing running. We took some time testing and when we were in St. Louis that really showed so we’re there and ready to take that into this next one,” said Hight who has tallied five wins, two runner-up finishes and eight No. 1 qualifiers this season. “I’m confident we can head into Charlotte, pick up those little points in qualifying and go some rounds on race day, just keep picking away at this championship. We’re so close.”

Throughout his career, Hight has made an impression at zMAX Dragway being the winningest Funny Car driver at the facility with five trips to the winner’s circle and currently holds the track speed record of 333.91 mph. Hight has powered his Auto Club Chevy to two wins at the fan favorite four-wide in 2012, where he was also the No. 1 qualifier, and in 2014. He’s also qualified No. 1 in 2010. At the fall event, the two-time champ has collected three yellow hats including one in 2009, 2013 and 2017.

“This Auto Club team is headed to Charlotte and I’m excited to get there. Its been a long week off, I’m ready to get back in the driver’s seat and get in the winner’s circle this weekend,” said Hight. “Charlotte has been really good to me in the past. Earlier this year, at the four-wide, we made it to the final quad and fell short of winning so we’re going back this weekend, ready to change that.”