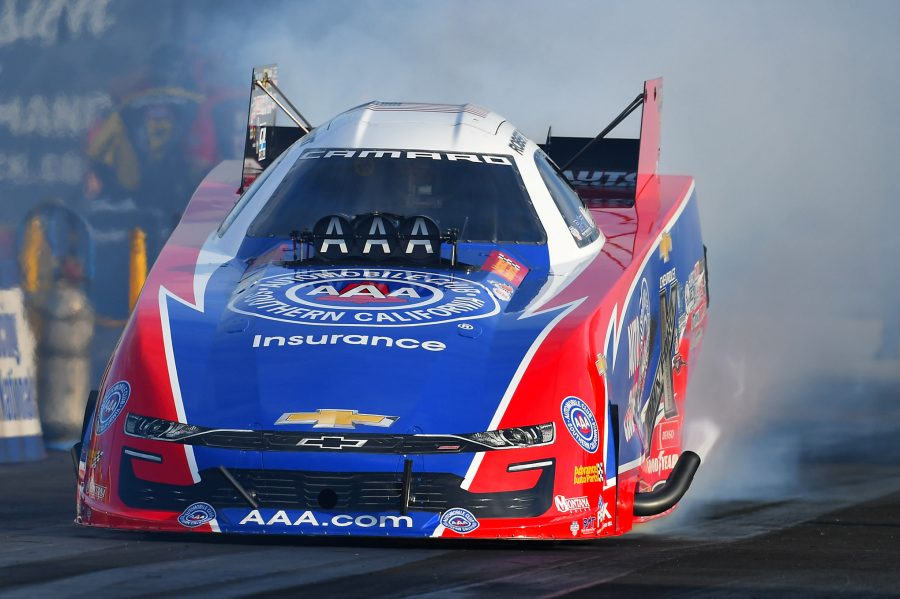 EPPING, N.H. (July 3, 2019) — Robert Hight, driver of the AAA Northern New England Chevy Camaro SS Funny Car, is gearing up for the NHRA New England Nationals, the 13th event on the NHRA Mello Yello Drag Racing Series Season schedule, eager to get back in the winner’s circle for his fifth win of the season and 50th in his career.

Since the season opening Winternationals, where Hight picked up his first win of the NHRA season, the two-time Funny Car world champion has been unstoppable in leading the Funny Car class. In the first 11 events he powered his Chevy Camaro to six final round appearances that include four wins, and has tallied six No. 1 qualifiers. Hight has also added to the NHRA history books with two of his green hat starts. At the historic 50th anniversary Gatornationals, Hight secured the top spot for the third time to become the first driver to collect three consecutive No. 1 qualifiers in the first three races since Kenny Bernstein in 1987. At the Southern Nationals, he snagged his fifth No. 1 becoming the first driver since 1987 to hold the top spot in five of the first seven races.

At the recent Summit Racing Equipment NHRA Nationals, Hight and the AAA Northern New England team closed the last event of the four in-a-row with an early first-round exit to reigning Funny Car world champion, J.R. Todd. The loss came after making the decision to switch to the backup car before Saturday’s final qualifying session.

“We left Norwalk in the points lead, but what we really wanted was to leave in that winner’s circle. We weren’t able to get it done but it was the first race day round in the new car, so I know we’ll get it figured out,” said Hight. “We just had a weekend off and we’ve had time to regroup so I’m confident heading into this next race. My AAA team and Jimmy Prock and Chris Cunningham, they’ve put in work this last week and they’re feeling good with the car, so we’ll see what we can get done in Epping.”

“I’m looking forward to Epping. I’ve had some time off to recharge and I’m ready to get back in the driver’s seat and go some rounds on race day in this new AAA car we have,” said Hight. “I’ve never won in Epping and it would be really cool to get it done somewhere I haven’t won before, so I’m excited to see what we can do.”