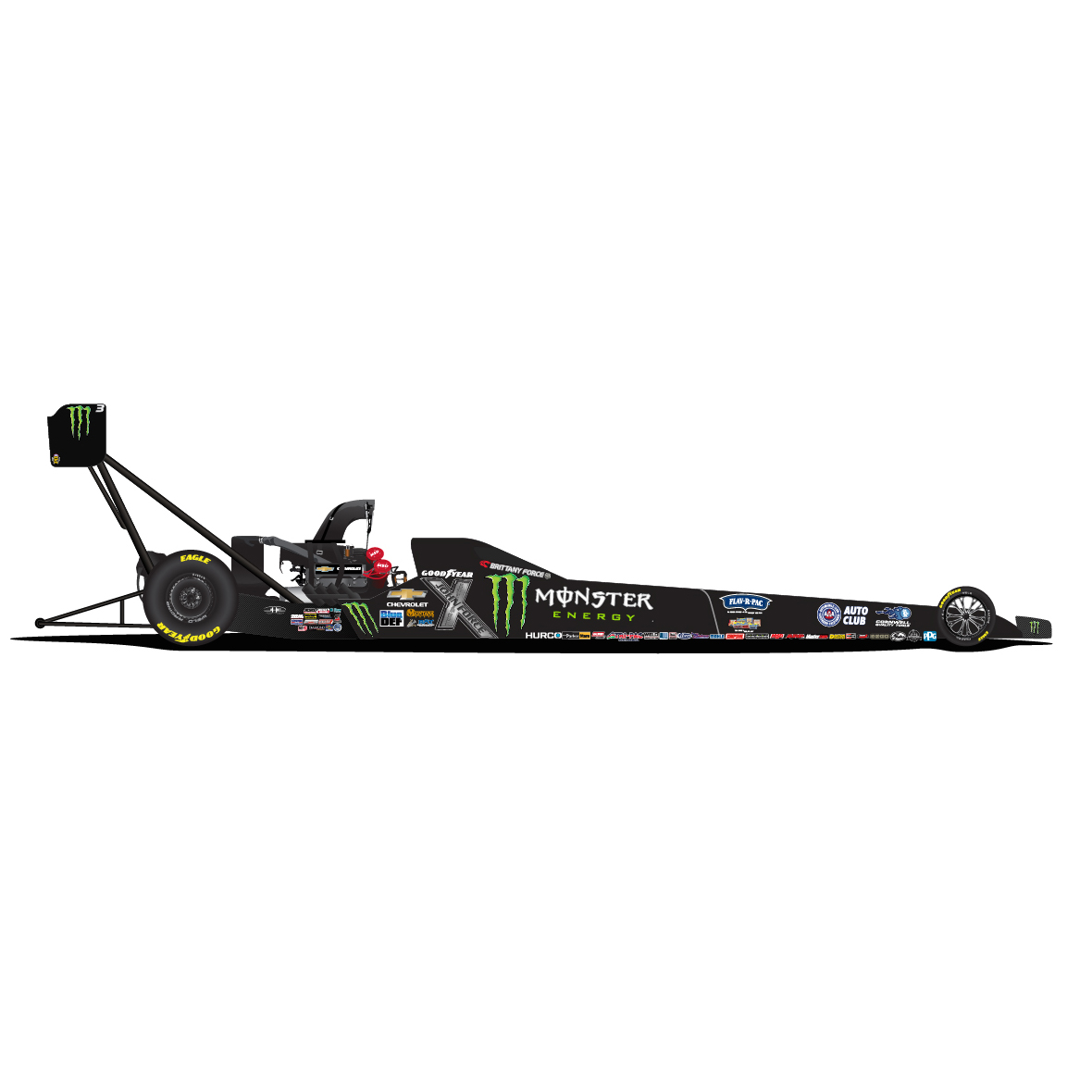 “The relationship we had with Monster Energy never truly ended. They were a great partner and we always hoped to have them back with Brittany,” said John Force, owner and CEO of John Force Racing. “Monster Energy with John Force Racing, it just makes sense. That dragster is a beast, Brittany unleashes the beast on the drag strip and Monster knows that better than anyone. They were with her when she won the championship in 2017 and that’s what they’ll be chasing again this year and every year they’re with us.”

“A nitromethane-burning car putting out 10,000 horsepower, going 330 miles per hour in less than 3.5 seconds, and trying as hard as possible to destroy itself? Sounds like Monster Energy,” said Mitch Covington, VP of Sports Marketing for Monster Energy. “A company that prides itself on Unleashing the Beast, Monster Energy is straight-up stoked to go Top Fuel racing with Brittany Force in the 2020 NHRA racing season. Easily the most violent, overwhelming and straight-up powerful form of racing on Planet Earth, you haven’t lived until you’ve felt your chest cavity shake and your eyes and nose burn after a 3-second Top Fuel pass.”

With Monster Energy from 2015 until 2018, Brittany Force earned seven No. 1 qualifying positions, won eight races, including her career first win at the Gatornationals in 2016, and had her career best season in 2017 with four wins en route to her first championship.

The Monster Energy dragster will make its debut at the NHRA Winternationals, the season opener, February 7-9 and be the primary sponsor for 12 races. Monster will have branding on all four hot rods for the entirety of the 2020 NHRA season.

About Monster Energy
Based in Corona, California, Monster Energy is the leading marketer and distributor of energy drinks and alternative beverages. Refusing to acknowledge the traditional, Monster Energy supports the scene and sport. Whether motocross, off-road, NASCAR, MMA, BMX, surf, snowboard, ski, skateboard, or the rock and roll lifestyle, Monster Energy is a brand that believes in authenticity and the core of what its sports, athletes and musicians represent. More than a drink, it’s the way of life lived by athletes, sports, bands, believers and fans.

See more about Monster Energy including all of its drinks at: www.monsterenergy.com.