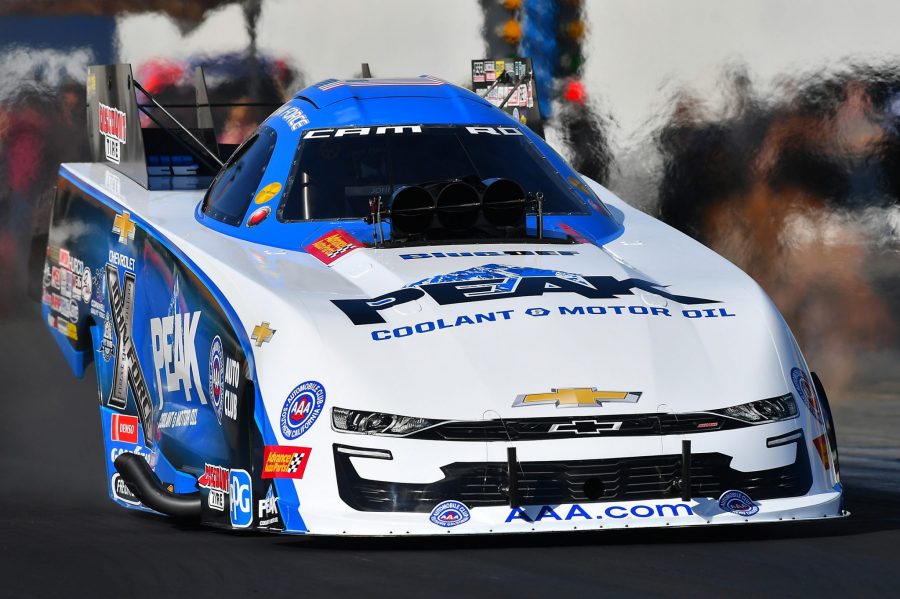 “It’s always exciting for me and the JFR team to kick-off the season at Pomona. It’s a home race for us and there’s nothing like being able to do what we do in front of family and friends,” said Force, CEO and owner of John Force Racing. “The 2018 season was tough. We didn’t end the season how we planned but we’ve made some adjustments with both the car and my team. It will feel good to get back behind the wheel and see what it can do.”

Brian Corradi, who joined the John Force Racing family at the beginning of the 2018 season, and Danny Hood are taking their expertise over to the PEAK Coolant and Motor Oil Chevrolet Camaro SS. Corradi and Hood tuned Courtney Force to four victories and 11 No. 1 qualifiers for her career-best season in 2018. The team will be chasing a monumental 150th race win for Force, who is already the winningest driver in NHRA history.

Force has seven victories at the season opening Winternationals, the most recent coming in 2014. He has also tallied 10 No. 1 qualifiers at the storied Auto Club Raceway. Force had a first round loss at the 2018 Winternationals but Force finished a roller coaster 2018 season with a win at the Mile-High Nationals in Denver and his 34th Top 10 points finish.

“This will be an exciting year for the PEAK team and all of JFR. Robert (Hight) over there making a run for the championship with Auto Club, Brittany (Force), the 2017 champ, with Advance and now we got the (Austin) Prock kid running with Montana Brand / Rocky Mountain Twist. We have new sponsorships and a new driver, so we’re all looking forward to getting down the track and making some big moves to start out the season.”