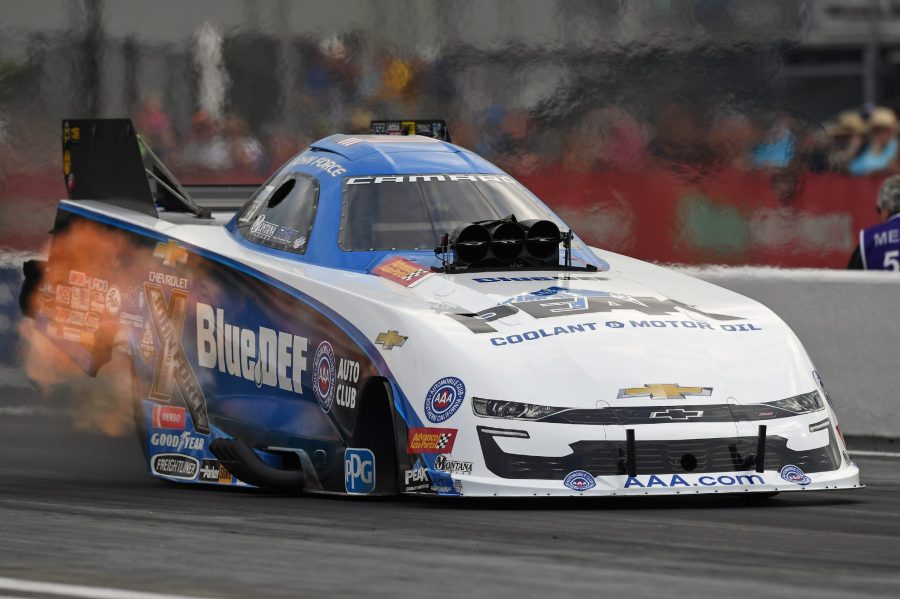 Force and the PEAK Chevy Camaro team came out of the recent event in Houston with one thing on their mind, win 150. After a weekend of high-performance they’ve shown they’re well on their way. It was an eventful weekend for the racing veteran. The 16-time Funny Car world champion laid a series of consistent passes including his quickest of the season, 3.858-seconds, and qualified in the top spot alongside daughter Brittany Force to make history as the first parent-child duo to secure No. 1s in their respective categories. Although he fell short in the semifinals once again to Robert Hight, whom he’s ended race day against four out of the five events this season, he was able to celebrate as a team owner with both Hight and Brittany in the winner’s circle. Sitting fourth in the points standings after three semifinal appearances, two second round finishes and a No. 1 qualifier, Force is confident his team will get the historic 150th victory.

“The better the car, the more confidence I get. I’ve been struggling but I have a good team now. I think we’re getting there. Brian Corradi and Dan Hood, they’re getting us there and 150 is coming,” said Force. “It was a good weekend in Houston. Brittany and I both qualified number one so that was exciting to share with her and I want to do more of that. That’s what I really love about NHRA drag racing, being able to share something like that together.”

Force is no stranger to success at zMAX Dragway including winning the inaugural four-wide in 2010. He’s was also the No. 1 qualifier at the spring event in 2011 and won the fall race in 2016. At last year’s four-wide event, Force started race day from the No. 8 position and had a series of consistent passes that led him to a runner-up finish.

“Racing the Charlotte Four-Wide is always exciting and it’s at the Bellagio of dragstrips. I’ve said this before but Bruton Smith did a great job and it makes running there at zMAX Dragway unbelievable,” said Force. “I won the first four-wide in 2010 and last year went to the final quad, and I want to do that again but we’ll see. I want to get back in the game where I can race.”