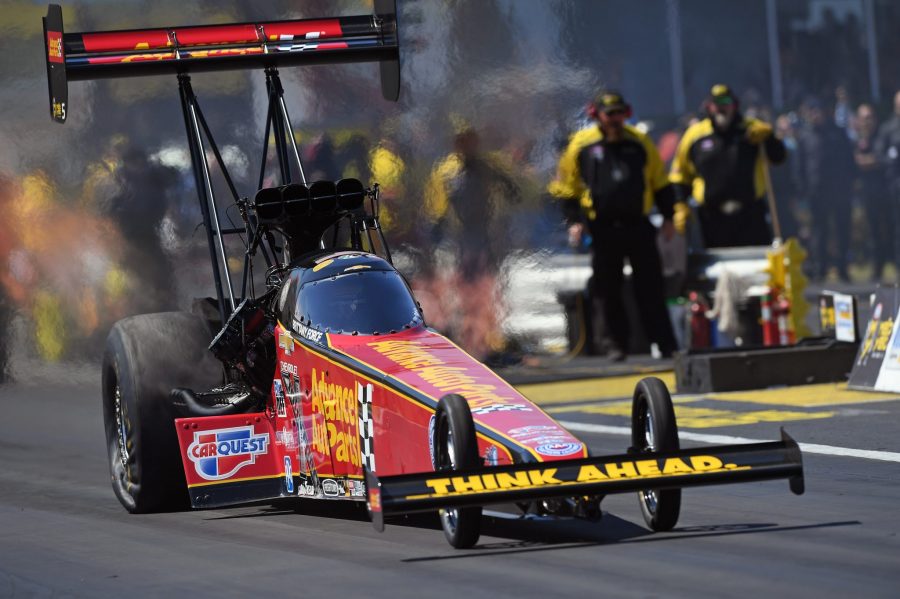 After a stellar weekend at the recent SpringNationals in Houston, the Advance Auto Parts team have found their pace. Force, the 2017 Top Fuel world champion, set both ends of the track record with a 3.661-second pass at 332.18 mph for the No. 1 qualifying position. Force and her legendary father, John Force, made history as the first parent-child duo to both be No. 1 at an NHRA national event. Brittany would go onto win the race for the second consecutive year and double-up with teammate Robert Hight.

“Coming off a Las Vegas runner-up and a Houston win, I’m eager to get to a little four-wide action in Charlotte. This Advance Auto Parts team has worked incredibly hard this season with so many challenges thrown our way and the hard work is starting to pay off,” said Force. “In Houston David Grubnic took some risks and pushed our car to steal another No. 1 qualifier putting a 3.66 on the board. That run at 332 mph gave us a confidence boost and we pulled off another incredibly quick run at 3.67, took on some heavy hitters and fought our way to the winner’s circle. Pulling off a win this soon in the season with a new team has me so pumped going into the Charlotte Four-Wide and the rest of the season.”

With history on her side as the only woman driver to have won a four-wide event in the nitro categories, Force has always performed well at the famed zMAX Dragway. In addition to her 2016 four-wide win, she qualified No. 1 at the 2018 spring event with sister Courtney Force. In the fall, she earned another No. 1 qualifying spot and raced her way to a runner-up finish.

“My new crew chiefs and my entire new crew took on the Vegas Four-Wide a few weeks back where we were runner-up, so we got in our practice there and are hoping to do the same this time but come out with a win,” said Force. “I’ve won the Charlotte Four-Wide before and it would be great to do it again with my Advance team. We’re confident and ready to get after it on race day.”