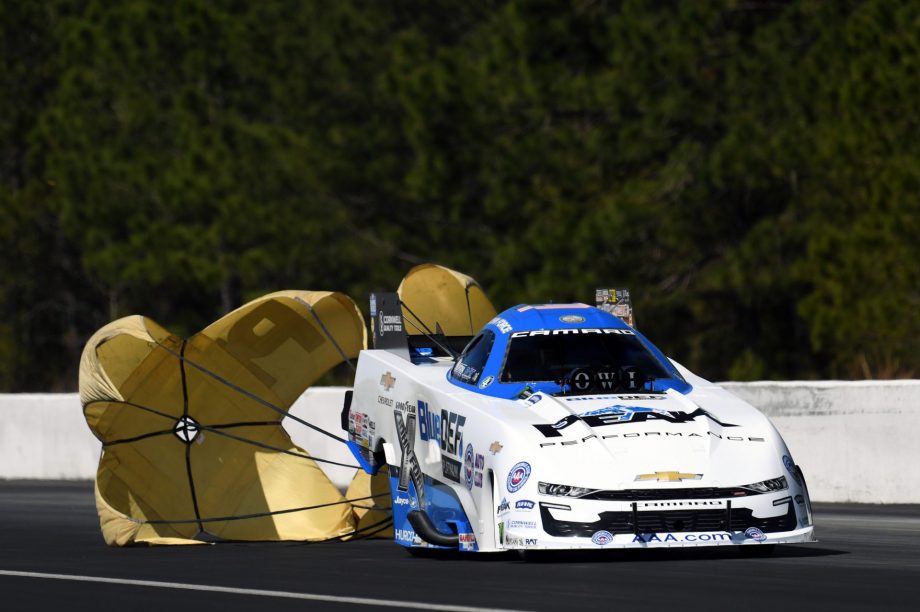 In what was his 200th race start in a Chevrolet, Force and the BlueDEF PLATINUM Chevrolet Camaro started race day at the NHRA Gatornationals from the fifth spot. They took the first-round victory with a 3.915-second pass at 326.56 mph over Paul Lee’s 3.977 run at 328.94. Lining up against his team president, Robert Hight, in the second round, Force and his Chevy Camaro ran into tire smoke and coasted to a 4.994-second pass at 164.19 mph to give Hight, who finished the event runner-up, the win.

“It was exciting to be back in the seat of my PEAK BlueDEF / PLATINUM Chevrolet Camaro, be back with the fans and to be in the show. We went a couple rounds and we look like a race team,” said Force who sits eighth in points. “Robert Hight and Auto Club going to the finals, Brittany with Monster and Flav-R-Pac had a strong showing. We’re ready for this next race. Ready to head to Vegas.”

Force has had success at The Strip at Las Vegas Motor Speedway winning a total of six times at the venue, twice in the spring, 2019 and 2015. He has yet to have a victory in the four-wide format at the track but is no stranger to winning in the unconventional style. Force won the first ever four-wide event held at zMAX Dragway in 2010 and was runner-up in 2014 and 2018, he also reached the final quad most recently in 2019. In addition to his six wins at The Strip, Force has had three No. 1 qualifiers and a total of eight final round appearances.

“I always look forward to racing at The Strip. Bruton Smith always puts on a good show. It’s already sold out. The fans are going to love it. It’s four-wide, it’s 40,000 horsepower,” Force said. “This BlueDEF PLATINUM team is excited so we’ll see how it goes, hopefully go some rounds and come out with a win.”

Before sitting out the majority of last season, Force had a runner-up finish at the 2020 Winternationals where he defeated Bob Bode, Tommy Johnson Jr. and reigning world champion Matt Hagan before falling short to longtime rival Jack Beckman in the finals. At the NHRA Arizona Nationals, Force qualified No. 2 and made a semifinal finish where he again lost to Beckman who was again the event winner.