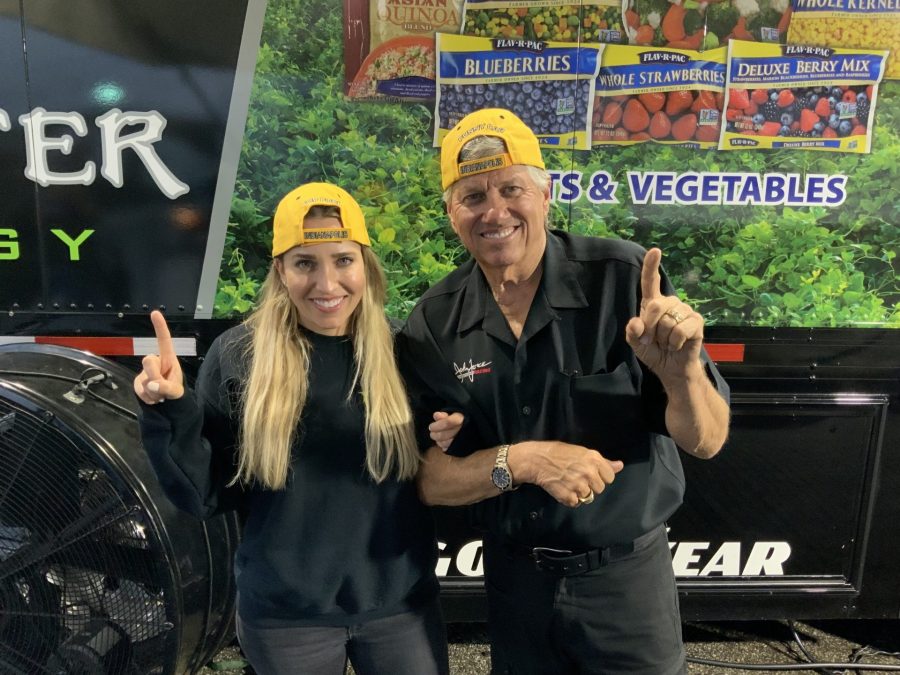 INDIANAPOLIS (Sept. 04, 2021) – John Force and the PEAK Antifreeze and Coolant Chevrolet Camaro and Brittany Force and the Monster Energy dragster will start race day at the Dodge//SRT U.S. Nationals from the No. 1 qualifying spots in their respective categories. Robert Hight and the Automobile Club of Southern California Chevy will start race day from the No. 3 spot. After making every attempt to overcome the inclement weather, NHRA officials had no choice but to cancel the final two qualifying sessions Saturday at Lucas Oil Raceway.

On Friday night, John Force took the PEAK Camaro to a stellar 3.877-second pass at 330.72 mph to earn his 12th No. 1 qualifying position at the historic facility, his first since 2006. Force will be racing SUnday for his sixth victory at the prestigious event

“Well, we were all watching the weather, even yesterday. This PEAK Chevy, we’re in the show, we knew that when we made the run last night at the end of the Funny Car field,” said Force who will race Dave RIchards in the first round. “This is Indy so it’s still exciting. It’s still the race you want to win. Tomorrow will be beautiful, I can’t wait to see the fans in the stands and put on a show for them.”

Brittany Force and the Monster Energy team landed their sixth consecutive and eighth overall No. 1 this season off a stunning 3.684-second pass at 334.57 mph. They’ll be chasing their second win of the season, first at the U.S. Nationals and 12th in Force’s career.

“It’s the U.S. Nationals, there so much history behind this race. It’s always been the biggest race on our circuit and it’s the one race every team wants to come out and win,” said Force who faces Shawn Langdon first round. “I’ve heard people say a hundred times, ‘You have to win Indy. You can’t retire until you’ve done that.’ I’ve been chasing the Indy win, it’s the big one. We want to come out here and do it this weekend. We haven’t had luck here in the past but hoping to turn things around and end up in that winners circle.”

Three-time world champion Robert Hight handled the Automobile Club of Southern California Chevy to a 3.889-second run at 329.67 mph to put him in the No. 3 qualifying spot and set them up to chase their fourth U.S. Nationals win.

“Really wish we could have had at least one more run but we knew there was a possibility of weather coming in to today,” said Hight who will go head-to-head with Dale Creasy Jr. “Coming from testing at Brainerd to Indy and making that first run, that felt good. I’m not worried about tomorrow.