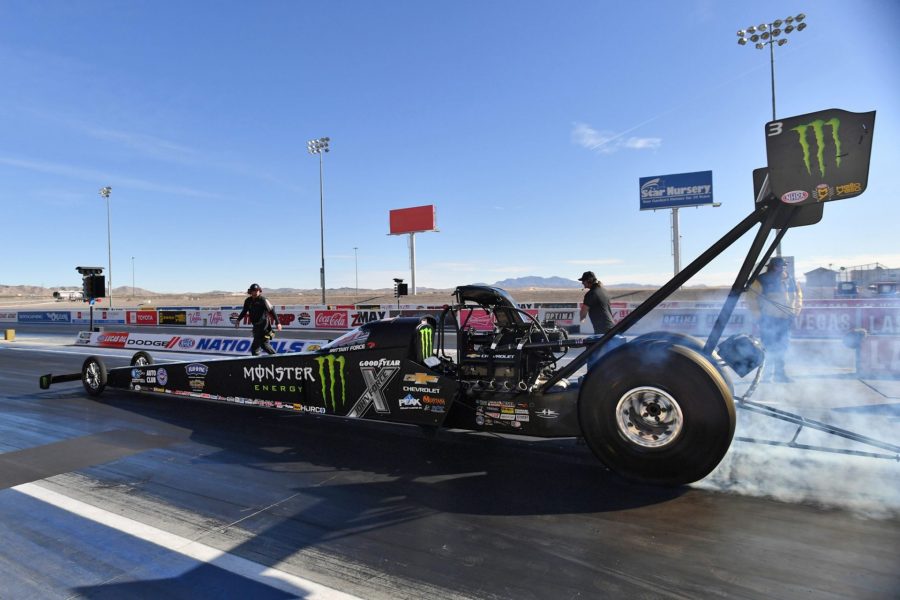 POMONA, Calif. (Feb. 05, 2020) — Back in the driver’s seat of the Monster Energy dragster in which she won the 2017 Top Fuel world championship, racing phenom Brittany Force and her David Grubnic and Mac Savage led crew are headed to the Lucas Oil NHRA Winternationals this weekend eager to keep up the momentum from the 2019 season.

After starting 2019 with a completely new team, Force finished her seventh NHRA Mello Yello season third in the points standings thanks to her second consecutive victory at the SpringNationals, a win at the fall event at The Strip at Las Vegas Motor Speedway, two runner-up finishes and a career-best eight No. 1 qualifiers.

Last week, at preseason testing in Las Vegas, Force and the Monster Energy team took advantage of the three-day session and made half-track passes. The best early numbers came from a 3.86-second pass at 328 mph that left her and her team confident heading into the first race of the season.

“We had a great time out in Vegas for preseason testing. It was really good to get the whole team together and get into the routine of things before heading into Pomona,” said Force who holds both ends of the Top Fuel national records with an elapsed time of 3.623-seconds and speed of 338.17 mph. “It was a good three days and being back out here at the track and with my guys, it gets me excited for the season, excited for this first race, and I can’t wait to see what we can get done.”

Although she’s yet to enter the winner’s circle at the season-opening Winternationals, Force has been successful at her home track. In November 2017, at the Auto Club Finals, she was the No. 1 qualifier, won the event and clinched her first Top Fuel world championship to become the first woman in 35 years to take home the title. At the 2019 season opener, Force had her best qualifying effort when she started race day at No. 2 but came up short to teammate Austin Prock.

“I love getting to Pomona. It’s a home race for me and the Winternationals means the season is here, so I couldn’t be more excited to get back on the track with my team and start where we left off,” said Force. “I’ve never won at the Winternationals so I’m hoping we can change that this year and start the 2020 season off in the winner’s circle.”