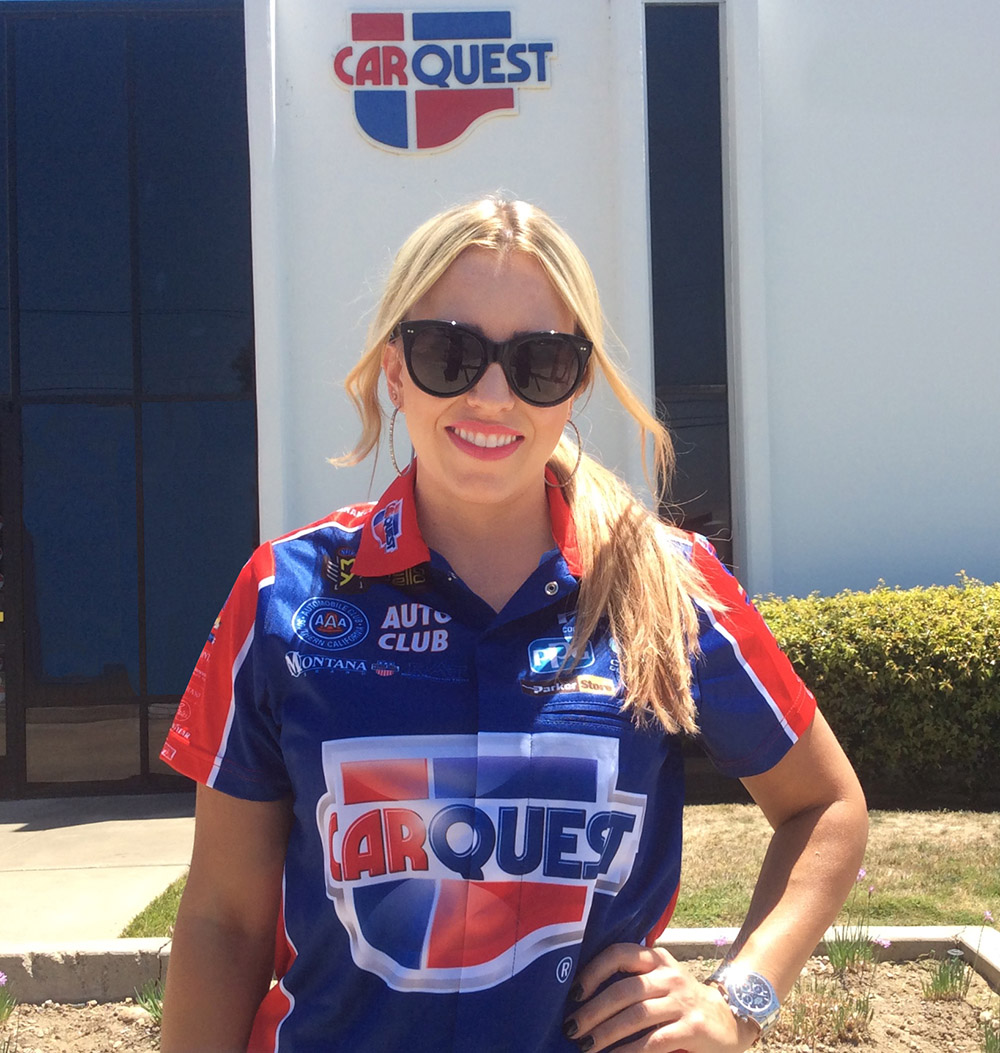 Heading to the 14th event on the NHRA Mello Yello tour, Force and the Carquest Brakes team have tallied a win at the SpringNationals in Houston, two runner-up finishes, a semi-final appearance and four No. 1 qualifiers that included two history-making green hat starts. At the 50th anniversary Gatornationals, Force became the first woman since Shirley Muldowney in 1979 to qualify No. 1 at the historic event. Then, at the SpringNationals, Force and her father, John Force took the top spot in their categories to make them the first professional parent-child duo to be No. 1. A first round-exit at the New England Nationals in Epping, N.H. put Force fourth in the NHRA Mello Yello points standings, just four points out from the No. 3 spot.

“Epping was a tough weekend for this Advance Auto Parts team but we’re halfway through the season and I know we’re headed in the right direction. We had last weekend off and we’re all ready to get after the Western Swing,” said Force. “These next three races are important. The three in-a-row gives us the chance to move up in points, build good momentum, and keep our head in the game. I like jumping right back into the seat.”

Force heads into the first event of the Western Swing looking for her first win at Bandimere Speedway. In the six times Force has raced at the facility, she’s qualified within the top-five four times including a No. 3 qualifier in 2013, her rookie season. The very next year, the 2017 Top Fuel world champion had a runner-up finish.

“Denver is a race I’ve been going to since I was a kid. It’s close to home and I love hitting these West Coast races back-to-back. My crew chief, David Grubnic, has always done well in Denver, too, so we’re going to throw everything at it and bring home a win. The Countdown is right around the corner and we’re looking for another Championship,” said Force. “I’ll be running new colors and a new look with Carquest this weekend, so I’m excited about that too.”

Force and her crew will be showing off special Carquest Brakes branding through the Western Swing starting with this weekend’s Mile-High Nationals. Carquest Brakes provides customers with the most advanced braking solutions in the industry and offers a variety of brake pads, shoes, calipers, and hardware to ensure the best quality braking system for all vehicle owners. Through the month of July, customers can save up to $40 by mail when they purchase Carquest Platinum Professional Brake Pads and two Carquest Rotors at any Advance Auto Parts or Carquest Auto Parts location.

Prior to hitting the track on Friday, Brittany and her dad, John Force, along with teammate Austin Prock will be making a special appearance at the Gates headquarters in downtown Denver. Gates provides the four John Force Racing hot rods with Gates Poly Chain Nitro belts, a vital component in getting the 11,000 horsepower machines down the track safely and successfully.