BRITTANY FORCE AND MONSTER ENERGY TO START ELIMINATIONS FROM NO. 2 AT NHRA MIDWEST NATIONALS 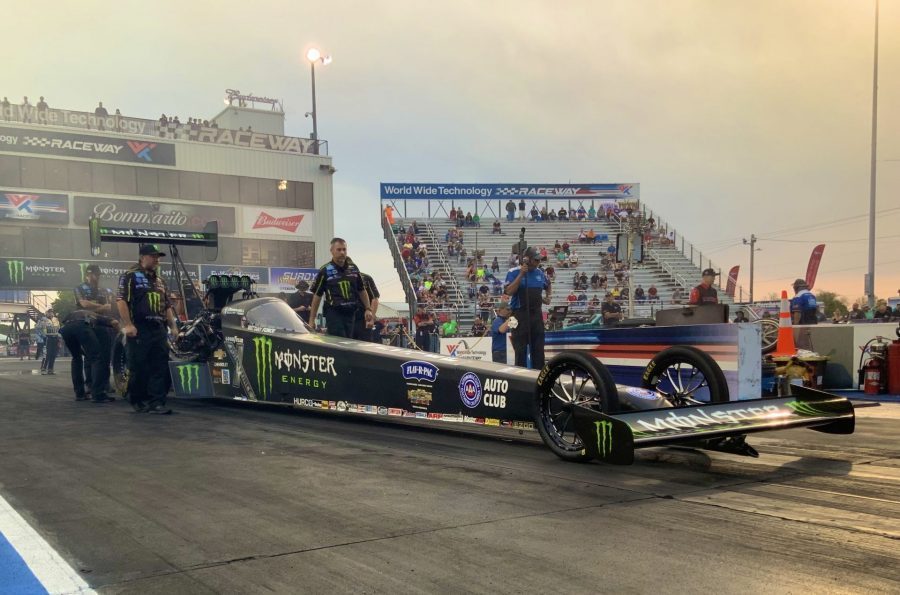 MADISON, Ill. (Sept. 25, 2021) – Brittany Force and the Monster Energy team secured the No. 2 qualifying spot Saturday night at the NHRA Midwest Nationals at World Wide Technology Raceway just outside of St. Louis. Robert Hight and the AAA Missouri Chevrolet Camaro SS team landed in No. 7 and John Force with the PEAK Antifreeze and Coolant Chevy will start race day from No. 10.

Back to their high-performance ways, Brittany Force and the Monster Energy team came out Saturday to be quickest in both qualifying sessions earning a total of six bonus points. Early in the afternoon, during the second qualifying session, Force handled her Monster dragster to a solid 3.700-second run at 331.53 mph and continued to improve ending the evening with a stout 3.663-second pass at 330.39 mph.

“Big improvement for this Monster Energy / Flav-R-Pac team today out in St. Louis. Definitely stepped it up and made two awesome runs today,” said Force who will face-off with TJ Zizzo in the first round of eliminations. “We have a good ladder for tomorrow and our plan is to go out and turn on four win lights.”

Coming into the day No. 4, Robert Hight and the AAA Chevy team had trouble in the second session. Hight had to shut his Camaro off early to run only 4.958 seconds and 153.46 mph. The two-time winners of the event picked things back up in the third and final qualifying session going 3.898-seconds at 327.11 mph. While Hight improved, so did the rest of the Funny Car class shifting him into the No. 7 position.

“Overall, not a bad qualifying effort, not great but not terrible,” said Hight who lines up against teammate John Force first round. “Obviously we were hoping to move a bit to get us out of that first round match-up with John. Not ideal with us both chasing a championship. It’s bound to happen, but you hope it’s at the end of race day, in the finals. We’ll have our work cut out for us but it’s nothing this AAA team hasn’t handled before and can handle again.”

“Figuring this car out. Like I said, made some changes, had a fluke with the parachutes in that first run, would have loved to have had that back but the early numbers looked good,” Force said. “We have good information for tomorrow so we should be good. This championship fight is getting good. Just glad to be in it.”