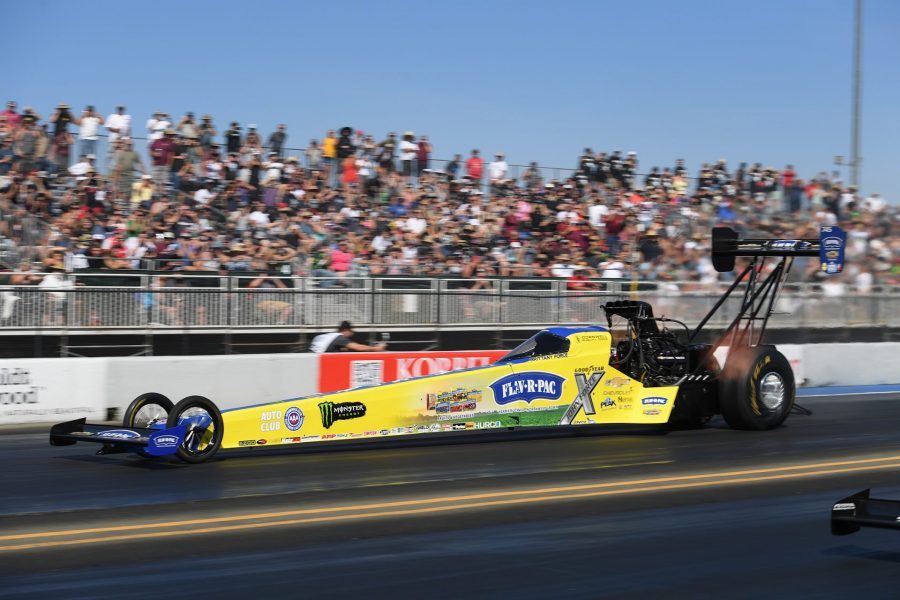 READING, Pa. (Sept. 09, 2021) – The NHRA Countdown to the Championship, NHRA’s seven race playoffs, and the points reset that comes with it, couldn’t have come at a more opportune time for Brittany Force and the Flav-R-Pac / Monster Energy team. Climbing their way to the No. 2 points position with the lead now just 20 points away, Force and her team have found the momentum they need to lead them to another championship season.

The Flav-R-Pac team increased their streak of No.1 qualifying positions to six en route to a runner-up finish last weekend at the NHRA U.S. Nationals. They now have a total of eight, tying former John Force Racing driver Courtney Force for third most team No. 1s. The six consecutive is the most by any pro driver since Allen Johnson did it in Pro Stock in 2012 and ties Brittany with her dad (1994), Don Prudhomme (1976), Warren Johnson and Jim Yates (both 1997), Greg Anderson (2004), Tony Schumacher (2005) and Allen Johnson for 10th longest all-time consecutive No. 1 qualifier streaks.

After qualifying No. 1 at Heartland Motorsports Park in Topeka, Kan., Brittany Force went onto share a historic winners circle with legendary father John Force. It was the first time in NHRA history that a parent-child duo had won together in the pro categories.

“Indy, the U.S. Nationals and the regular season is behind us and the Countdown to the Championship has officially begun,” Force said. “Now this Flav-R-Pac team really has to step it up. It’s game on. Every point matters, every run matters, everything we do matters and we can’t make mistakes.”

Among women, Force has the second most Countdown race wins (four) behind Pro Stock driver Erica Enders (nine). Force is hoping to add to that number this weekend. The 2017 world champion has unfinished business at the Maple Grove Raceway. After qualifying No. 1, posting the quickest time during eliminations (3.691-seconds) and setting the current national ET record of 3.623-seconds (Sept. 14, 2019), her car broke on the burnout before her semifinal race with Richie Crampton. She has reached finals three times in seven appearances at Maple Grove Raceway and is looking for that first win at the venue to set her up for championship dominance.

“We start the Countdown this weekend in Reading, Pa. This team is looking to get everything we can out of this weekend,” Force said. “We plan for three solid qualifying runs, another No. 1 qualifier and going rounds on race day. We are chasing down that top spot.