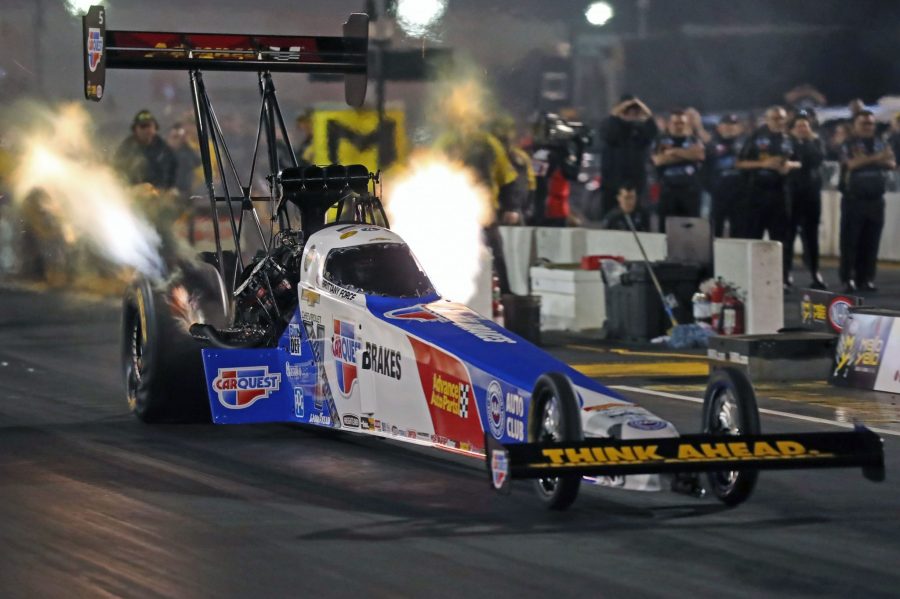 KENT, Wash. (July 31, 2019) — Brittany Force, driver of the Carquest Brakes Top Fuel dragster, is making her way to the 16th event on the 2019 NHRA Mello Yello Drag Racing Series Season schedule, the Magic Dry Organic Absorbent NHRA Northwest Nationals, ready to build on her team’s consistency as she competes for her second win of the season.

At the recent event in Sonoma, Calif., Force launched her Carquest Brakes machine through a trio of solid qualifying passes including an impressive 3.75-seocnd pass and kept the consistency on race day laying down a blistering 3.718-second pass at 335.15 mph that not only earned her a second-round appearance, but also a new career best speed. It also set the track speed record at Sonoma Raceway and marked the fastest mile-per-hour of the 2019 season. Even though tire smoke kept the 2017 Top Fuel world champion from advancing to the semifinal, Force left the event even more motivated to get her David Grubnic and Mac Savage tuned dragster back in the winner’s circle.

“This Carquest Brakes team made some consistent runs in Sonoma, so that gave us a confidence boost for this next one. We put up a career best speed of 335 mph and I’m just really happy with this team. We got beat second round but we really turned this car around in Denver and now Sonoma, and looking to do the same this weekend in Seattle,” Force said. “My guys are working hard and David Grubnic and Mac Savage really know what they’re doing to make this thing get down the race track. These back-to-back races are good too because it gets me back in the driver’s seat faster so I’m excited to see what we can make happen.”

Heading to the final event of the famed Western Swing at Pacific Raceways, Force is fourth in the NHRA Mello Yello points standings thanks to a win at the SpringNationals in Houston, two runner-up finishes at the Las Vegas Four-Wide and Southern Nationals, and four No. 1 qualifiers including two that made NHRA history. The first came at the historic 50th anniversary Gatornationals where she became the first woman since Shirley Muldowney in 1979 to qualify in the top spot at the event. Then, at the SpringNationals, both her and her father, John Force, picked up the green hat in their categories making them the first parent-child duo to start race day from the No. 1 spot.

Although Force has yet to take home the Wally at the Northwest Nationals, she has qualified in the top half of the class four of the six times she’s raced at the facility.

“We’re finally hitting the last one the Western Swing. Our plan is to qualify this Carquest Brakes dragster in the top five, keep our runs consistent and step it up on race day,” Force said. “It’s been too long since we’ve been in that winner’s circle and we want to get the job done this weekend in Seattle.”