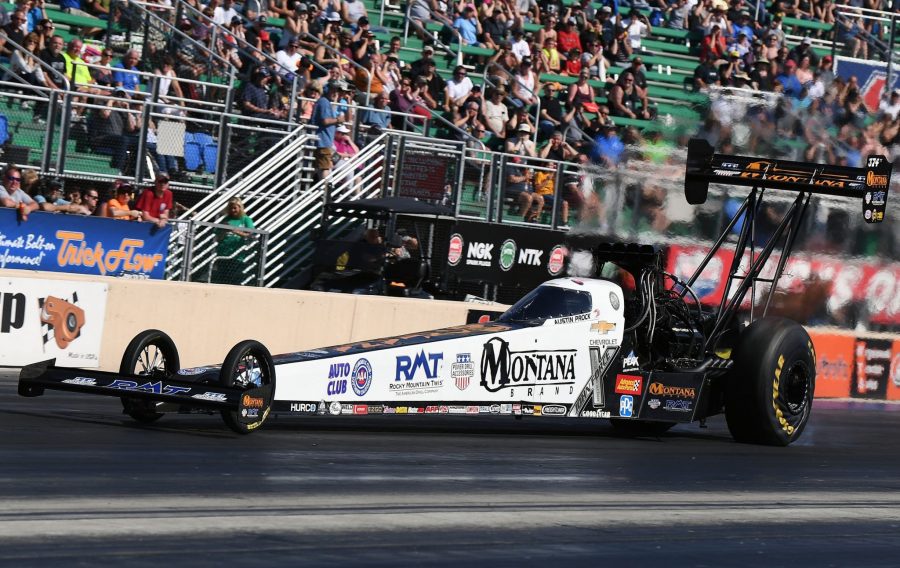 After a series of first-round exits, Prock and the Montana Brand / Rocky Mountain Twist team turned things around at the recent NHRA Sonoma Nationals. The young driver started the weekend off strong when he strung together three consistent passes in the .90s before powering his 11,000-horsepower dragster to a stout 3.73 at 327.90 mph to land the No. 6 qualifying spot. He continued the momentum into race day with a 3.744-second pass at 327.66 mph in the first round to advance to the quarterfinals where he fell short to eventual event winner, Billy Torrence. Prock left Sonoma Raceway tied for ninth in the NHRA Mello Yello points standings.

“We made some good, competitive runs in Sonoma last weekend and we got back in the top 10 points, so I’m happy with the progress we’ve made and are continuing to make,” Prock said. “Mike Green and Ronnie Thompson and everyone on my team turned this car around and I’m looking forward to jumping right back in this weekend in Seattle and go some rounds. We want to get this Montana Brand / Rocky Mountain Twist hot rod in the winner’s circle and I feel like its coming.”

Making his way to the Northwest Nationals already with a semifinal finish, five second-round appearances, and a career best elapsed time of 3.696 and top speed of 334.15 mph, Prock is competing to become the sixth John Force Racing driver to enter the winner’s circle at Pacific Raceways. Teammate and John Force Racing owner John Force and JFR president Robert Hight both have taken home the Wally, along with former JFR driver’s Courtney Force, Tony Pedregon and the late Eric Medlen.

“I’m excited about Seattle. It’ll be my first time racing there and we have some good data from the runs we made in Sonoma,” Prock said. “I think we’re going to start finding some consistency in this Top Fuel dragster and I’m hoping that shows this weekend.”