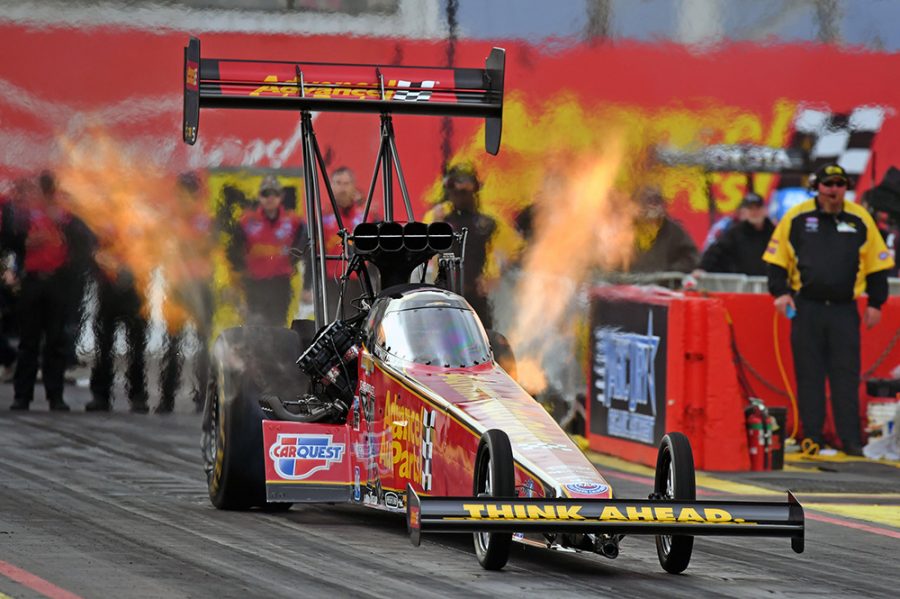 For the 2017 Top Fuel world champion, the Gatornationals isn’t just another race. In 2016 she made her way to the winner’s circle for the first time in her NHRA Mello Yello Drag Racing career after beating Terry McMillen in the final. It was her eighth final round appearance, her first ever at Gainesville Raceway and capped off the weekend as John Force Racing’s first double up with teammate Robert Hight winning in Funny Car. Coming into the 50th anniversary at Gainesville Raceway, Force is looking to relive her 2016 success.

“Gainesville has always been a special race for me. It’s the Gatornationals. The first east coast race of the season,” Force said. “It’s the race track that I’ve always gone to as a kid. I’ve watched my dad, watched Ashley, and it’s where I had my first win. That is definitely a big one, a very special one. To do it at a track that is so prestigious. I’m looking forward to getting there and to repeat a little bit of history.”

With a new team, new crew chiefs and transition from Alan Johnson Racing parts to John Force Racing parts, the opening to the season has been full of ups and downs for the Advance Auto Parts team. With the guidance of crew chiefs David Grubnic and Mac Savage, they’re looking to turn things around as they head into the third race of 2019. From qualifying No. 4 with a 3.696-second pass at the NHRA Winternationals and coming up short to teammate Austin Prock in the first round, to an early exit in Phoenix, the team took advantage of an opportunity to work some things out following the Arizona Nationals. The team made four test runs with one session resulting in a 3.75-second pass.

“After Phoenix we stayed and did an entire day of testing with the Advance Auto Parts dragster and got some good runs under our belt. We made four runs down the track and on our last run put a 3.75 on the board. My crew chiefs, David Grubnic and Mac Savage were both very happy with that and we’re excited going into Gainesville,” Force said. “We’d like to go out there and turn our luck around. Get this Advance Auto Parts team in the winner’s circle. I’m looking forward to getting there.”