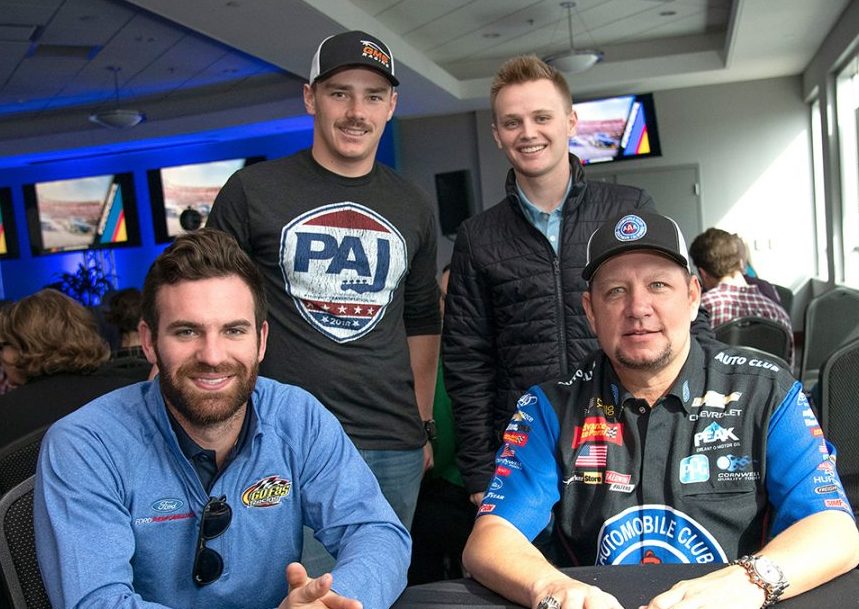 BRISTOL, Tenn. (March 15, 2019) — With less than a month to go before cars hit the track in East Tennessee, Robert Hight joined drivers from across motorsports at Bristol Motor Speedway & Dragway on Wednesday, March 13th, to preview the upcoming season.

The cities of Bristol, Kingsport and Johnson City were well represented at the 2019 Season Preview as business leaders got an in-depth look at what’s to come in 2019.

Following the event, a few lucky winners were able to take the ride of a lifetime during a session of track laps with Hight, LaJoie and Haley.

A two-time Funny Car champion on the NHRA tour, Hight is no stranger to success at Bristol Dragway. The John Force Racing Chevy Camaro SS driver won the NHRA Thunder Valley Nationals in 2011 and is always a threat.

The Father’s Day weekend date for the drag race holds a special significance for Hight: his daughter, Autumn, is a rising star on the NHRA Junior Drag Racing scene. A win at Thunder Valley would provide a special family celebration. After winning the season opening race in Pomona, Hight very much looks like a threat at Bristol this season.

“I just love the atmosphere and the setting here at Bristol Dragway,” said Hight, the current NHRA Funny Car points leader after winning the season-opening Winternationals in California and posting two No. 1 qualifying efforts. “I’ve loved coming to Bristol ever since we raced here in the ‘90s with the Winston Showdown. John Force won that race and I was a crew member on that team and it was, at the time, the sport’s biggest payout and a very special win for us.”

Tickets to the NHRA Thunder Valley Nationals start at only $30, with kids 12-and-under free. Guests will want to check out Friday night qualifying and one of the most popular fan fests on the circuit on Saturday following nitro qualifying. Everyone is invited to celebrate Father’s Day on Sunday with Doughnuts for Dad and the official Track Walk. As a reminder, every ticket is a pit pass, allowing guests up-close and personal access to see their favorite drivers and teams work on these 10,000 horsepower machines.