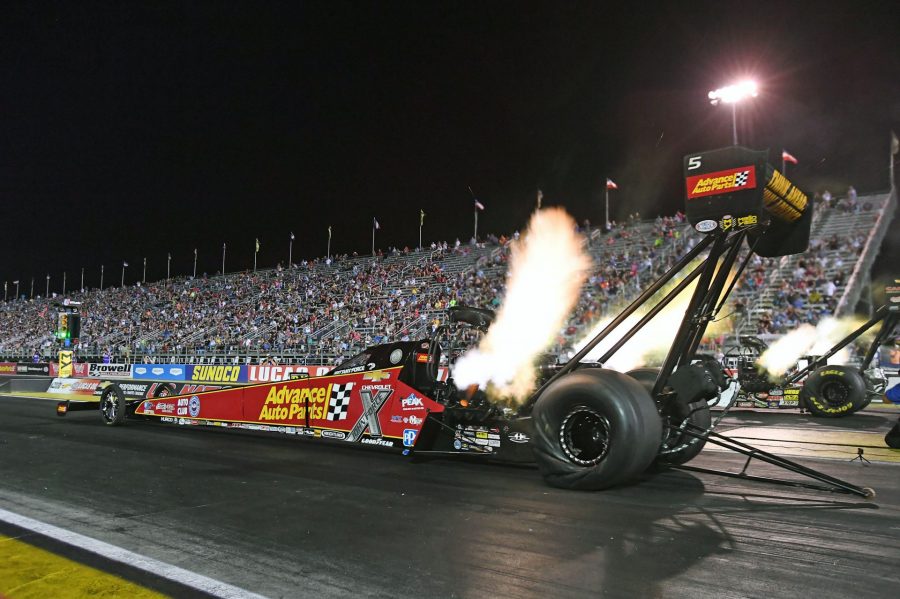 LAS VEGAS (Oct. 30, 2019) — With two events remaining in the NHRA Mello Yello Countdown to the Championship, Brittany Force, pilot of the Advance Auto Parts Top Fuel dragster, is making her way to the Dodge NHRA Nationals presented by Pennzoil this weekend motivated for more high performance as she competes for her second Wally of the season on her pursuit of the Top Fuel crown.

Force and her David Grubnic and Mac Savage led Advance Auto Parts team enter the fall event at The Strip at Las Vegas Motor Speedway sitting third in the points standings, just 46 points out from first. With a season of accomplishments that include a second consecutive win at the SpringNationals in Houston, two runner-up finishes and eight No. 1 qualifiers, a second Top Fuel championship title could be on the horizon for the 2017 title holder.

At the recent AAA Texas NHRA FallNationals, Force propelled her Advance Auto Parts machine to an exhilarating 3.651-seconds at 331.28 mph to set the track elapsed time record and secure her eighth No. 1 of the season and 18th of her career. Force held the top spot start alongside her legendary father, John Force, making NHRA history for the second time as the only parent-child duo to qualify No. 1 together. On race day, the driving pro had three solid passes including a 3.694, 3.815 and 3.793 but would fall short of advancing to the final when she dropped a cylinder in the semis.

“We had a successful weekend in Dallas. We made some serious ground, moved closer to that No. 1 spot and with two races left in this Countdown, the Advance Auto Parts team is in a very good position,” said Force who holds the national elapsed time record of 3.623-seconds. “David Grubnic, Mac Savage, and all the Advance Auto Parts boys, I’m proud of them and where this season has taken us. It’s almost over but we’re not done chasing this championship yet.”

The racing phenom heads to The Strip with success on her side. At the fall event in 2017, Force had a runner-up finish to leave Vegas only 20 points behind then points leader, Steve Torrence. Then, two weeks later, went on to win her first Top Fuel championship. At the spring four-wide event earlier this season, Force finished runner-up for the second time at the facility.

“This team is heading to Vegas this weekend and we’re 13 points behind the No. 2 position and 46 from No. 1, so we’re looking to do some damage,” said Force, who was 57 points out of first when entering the Vegas race in her 2017 championship season. “The plan is to stay focused and go after a win. Earlier this year at The Strip we had a runner-up finish so I’d like to come out and get in that winner’s circle this time around.”