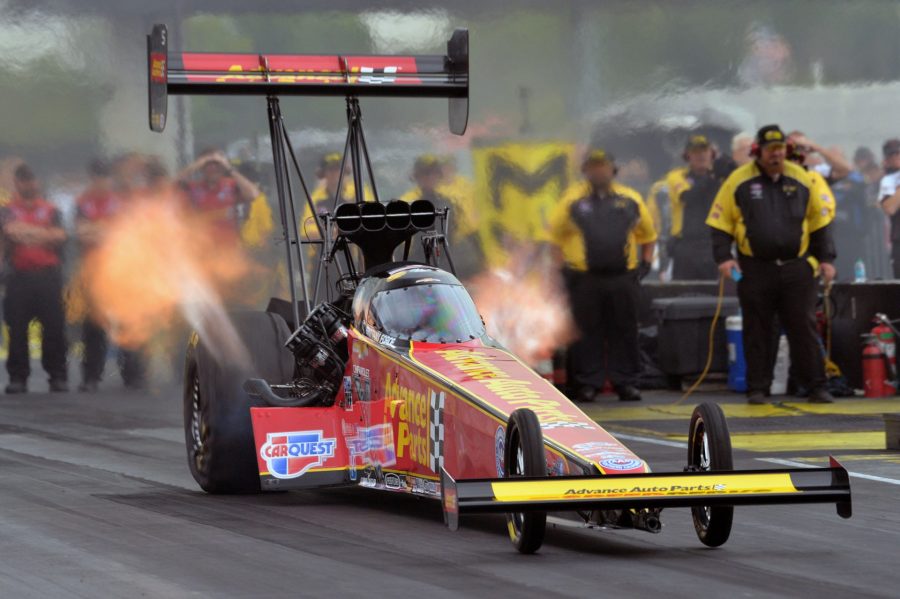 READING, Pa. (Sept. 11, 2019) — After another impressive weekend at the Chevrolet Performance U.S. Nationals, Brittany Force and the Advance Auto Parts team are confident they’ll continue their high performance as they enter the 19th event on the NHRA Mello Yello schedule and first of six races in the Countdown to the Championship, the Mopar Express Lane NHRA Nationals Presented by Pennzoil.

After setting the stage with a handful of stout passes in the .60s and powering her Advance Auto Parts dragster to a track elapsed time record 3.645-seconds at 332.26 mph at the recent U.S. Nationals, Force landed the No. 1 qualifying spot for the sixth time of the season and 16th time of her career. She also became the first female Top Fuel driver in NHRA history to occupy the No. 1 position at the event. On race day, the 2017 Top Fuel world champion kept the momentum propelling her 11,000-horsepower machine to two solid passes in the .70s but fell short of advancing to the semifinal to eventual event winner Doug Kalitta.

“We had an awesome weekend in Indy a couple weeks ago. The Advance Auto Parts team set the track record, we grabbed another No. 1 qualifier and went some rounds on race day,” said Force. “I’m happy. I feel like we have our race car back and I’m feeling good in the car. We feel confident heading to Reading and we’re going in from the No. 4 position and ready to move up in the points and fight for another Championship.”

As she heads to this year’s event at Maple Grove Raceway, Force has a win from the Houston SpringNationals and two runner-up finishes to add to her six No. 1 qualifiers of the season. Force also has success on her side with a win from 2017, the same year she won the championship, two runner-up finishes in 2014 and 2016 and one No. 1 qualifier in 2015.

“I’m excited for Reading. It’s the first race in the Countdown and I have some history at the track. I’ve won there once and I’ve been the No. 1 qualifier, so I’m hoping we can add to that,” said Force. “David Grubnic and Mac Savage, and the entire Advance Auto Parts team, we all want to get back in that winner’s circle.”