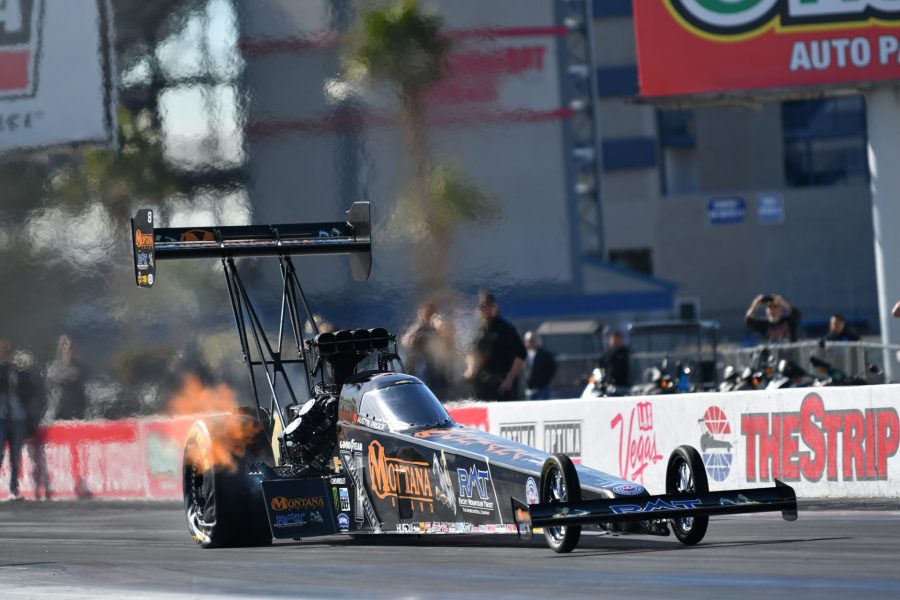 POMONA, Calif. (Feb. 05, 2020) — With an off season that included the addition of a new assistant crew-chief and a promising showing at preseason testing last week at The Strip at Las Vegas Motor Speedway, Austin Prock and the Montana Brand / Rocky Mountain Twist Top Fuel team are more than optimistic about getting the 2020 NHRA Mello Yello Drag Racing Series Season underway.

Prock, who finished the 2019 season eighth in the points standings with one win at the Northwest Nationals, five semifinal appearances and the Auto Club Road to the Future Award title, piloted his Mike Green and, John Force Racing newcomer, Joe Barlam tuned hot rod to a blistering 3.682-second pass at 333.08 mph on the second day of testing for an unofficial career-best elapsed time.

“We learned a lot at preseason testing. There’s a lot of things that we wanted to try and things that Mike Green had been putting on his checklist since he’s been here, so it was nice to get that all ironed out. We learned what was good and what didn’t help us much but we had a really strong race car on the second day,” said Prock who last year became the 11th rookie to win in their first season and the 13th to qualify for the Countdown to the Championship, NHRA’s six-race playoffs.

This weekend, the third-generation racer heads back to Auto Club Raceway at Pomona, where at the 2019 Winternationals he made his professional drag racing debut and picked up his first career round win, competing to become the fourth John Force Racing driver behind teammates John Force and Robert Hight as well as past JFR drivers Tony Pedregon and Courtney Force to enter the winner’s circle at the season opener.

“What we did at testing, I hope we can carry that over into Pomona. If we just keep picking at it and everyone keeps their heads down and works hard, we should be able to run right at the top of the charts this weekend,” said Prock. “I’m really looking forward to getting there and getting this season rolling. I think this Montana Brand / Rocky Mountain Twist team is going to be a contender all year.”