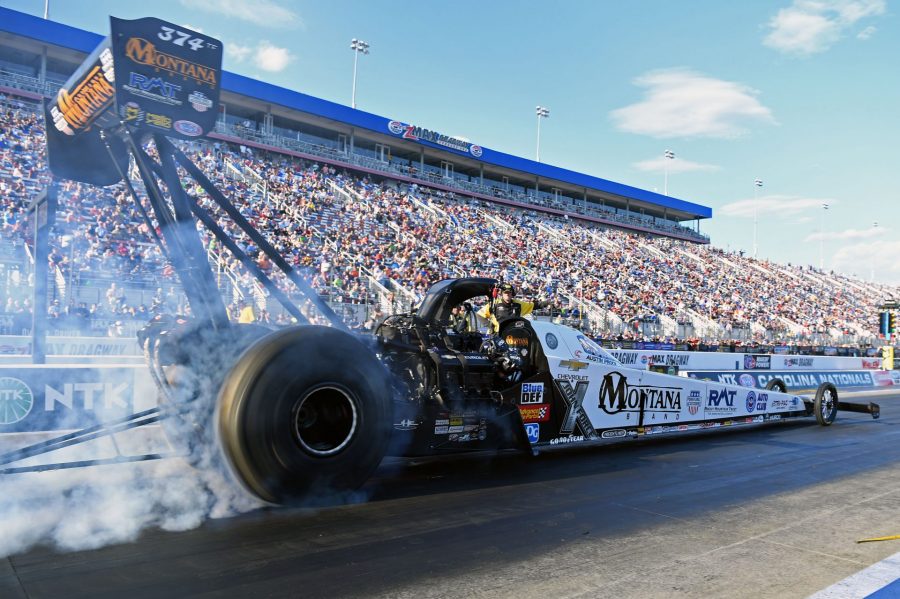 ENNIS, Texas (Oct. 16, 2019) — Third-generation racer Austin Prock and his Montana Brand / Rocky Mountain Twist team are gearing up for the fourth of six playoff events in the NHRA Mello Yello Countdown to the Championship this weekend at the AAA Texas NHRA FallNationals, eager to get into championship form.

Since making his NHRA drag racing debut at the Winternationals in Pomona, Calif., Prock has tallied one win at the Northwest Nationals, four semifinal appearances and has recorded a career best elapsed time of 3.697-seconds and top speed of 334.15 mph. He’s also been in the top 10 of the points standings in 16 events throughout the season.

At the recent Carolina Nationals, Prock, who is the frontrunner for this year’s Rookie of the Year award, made two solid passes down zMAX Dragway on race day to leave the event seventh in the points standings, one spot up from where he entered the weekend.

“We had a good car Monday. Put up some great numbers on race day but I came up short on the starting line. It was the first time all season that I got beat on a holeshot but you know, I just need to do a better job next time,” said Prock. “This Montana Brand / Rocky Mountain Twist team has been working really hard to turn on those win lights, so if we can keep it up and I can do a little better of a job driving, then we can hopefully end up in the winner’s circle again.”

The first-year standout is competing to become the seventh John Force Racing driver to enter the winner’s circle at Texas Motorplex. Teammates John Force, Robert Hight and Brittany Force have all taken home Wally’s at the facility, as well as former JFR drivers Courtney Force, Gary Densham and Tony Pedregon.

“I’m looking forward to getting to Dallas. John Force Racing has always had a lot of success there and it tends to be whoever wins Dallas, ends up winning the Championship so hopefully we can go there and turn this program around,” said Prock. “This year’s gone by really fast and I don’t want it to end yet but I’m excited for the Auto Club Finals at Pomona here in a couple weeks and maybe fighting for this championship.”