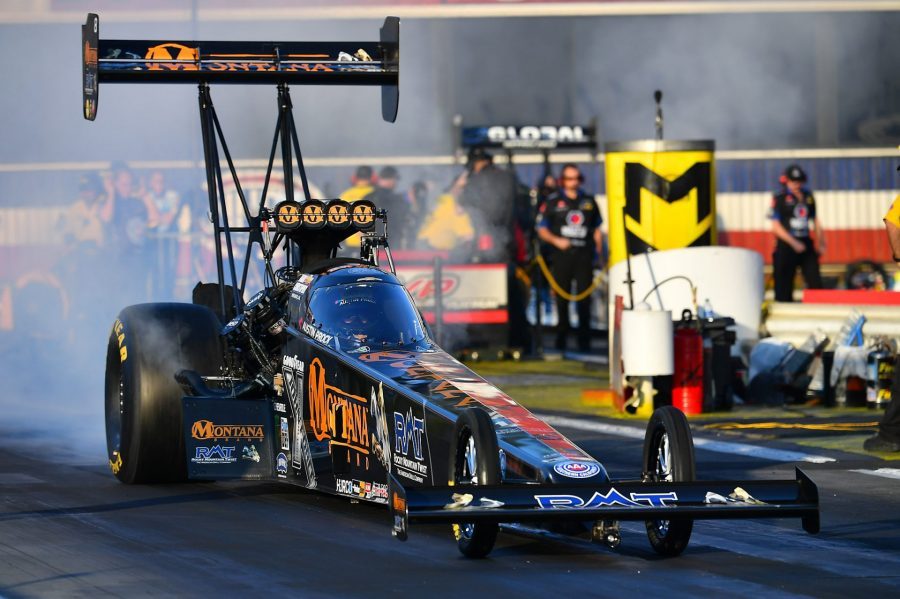 CHANDLER, Ariz. (Feb. 19, 2020) – Coming off his second career final round appearance at the Winternationals, Austin Prock and the Montana Brand / Rocky Mountain Twist Top Fuel team are eager to keep up the momentum heading into this weekend’s NHRA Arizona Nationals at Wild Horse Pass Motorsports Park.

Following an impressive pre-season test at The Strip at Las Vegas Motor Speedway, Prock and his Montana Brand / Rocky Mountain Twist Top Fuel dragster team continued to show they’re one to watch out for this season when they finished runner-up at the season-opening event.

After launching to a stellar 3.680-second pass at 330.72 mph in the final qualifying session, Prock locked in the No. 2 qualifying spot and continued to dominate on race day. During eliminations, the third-generation racer powered his Mike Green and Joe Barlam-tuned hot rod past Cameron Ferre before laying down a career-best elapsed time of 3.678-seconds on a solo run in the quarterfinal. He then took out veteran racer Leah Pruett in the semifinals to face Doug Kalitta in the finals where he finished runner-up for the first time.

“We had a great start to the season in Pomona. We made a career best qualifying position and made a final round appearance. I think we’re well on our way to having a really great season. We’re ambitious and we want to keep our momentum rolling,” said Prock. “This team is ready to get after it and show what we can do.”

Heading to Wild Horse Pass Motorsports Park for the second of 24 events on the NHRA Mello Yello Drag Racing Series season schedule, the Top Fuel standout will be competing for his first win at the facility and second of his career. At last year’s Arizona Nationals, Prock qualified sixth and narrowly missed his first semi-final appearance to Antron Brown.

“I’m ready to get to Phoenix. I think this Montana Brand / Rocky Mountain Twist team has the drive that it will take to win in the desert, so I’m excited to see what we can get done there,” said Prock. “We want to keep up our performance and be consistent this weekend too especially after what we accomplished at the Winternats.”