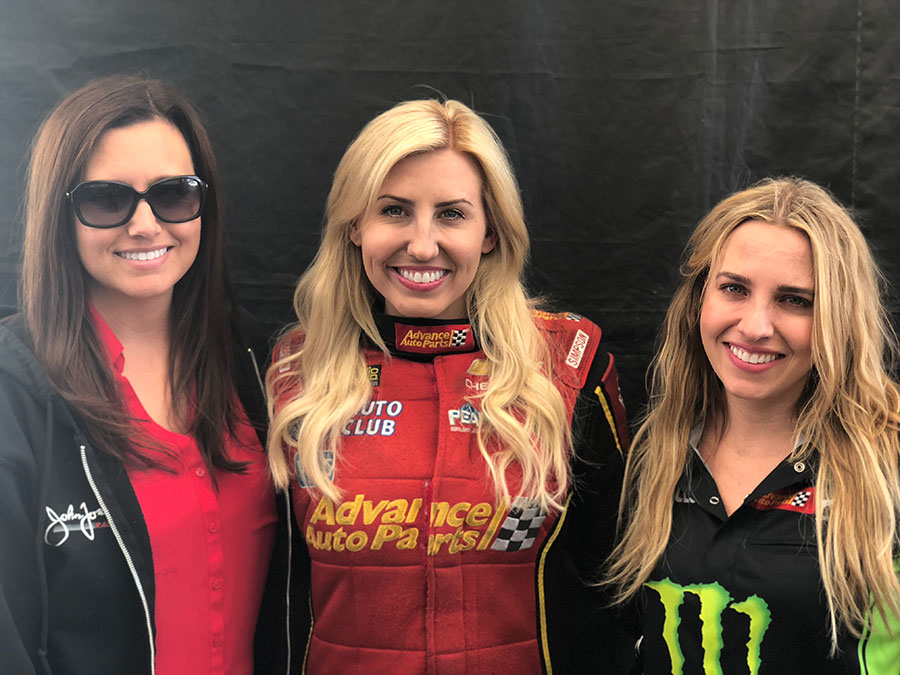 COMMERCE, Ga. (May 5, 2018) — Ashley Force Hood was a fan favorite throughout her sportsman career and, when she moved up to the Mello Yello Drag Racing Series, she took the sport by storm. In May of 2008, she changed the history of the Funny Car category when she defeated her then 14-time time Funny Car champion father John Force in the Southern Nationals final round to become the first female to win an NHRA Funny Car national event title. When she hung up her fire suit at the conclusion of the 2010 season, she had racked up four pro wins, including back to back U.S. Nationals victories, in 16 final round appearances.

“Winning Atlanta in 2008 was a huge deal for me personally, for many different reasons. It was my first win as a Funny Car driver, and I was the first female to win in that category which was special, but it also followed a very difficult 2007 season, losing our teammate Eric and my dad’s crash,” said Force Hood. “To have a really happy moment at the track with my team, that is what made that day most special. And to get to compete against my father in the final round was really exciting. There wasn’t the nervousness or pressure that usually comes with a final round because JFR had already won the race. I remember being in the lanes with his team and mine, joking with each other and it was just a really great night.”

The win was not without drama as Force Hood explained the week before the 10th anniversary of the historic moment.

“One unique memory about the win that not many people know is that I actually got really upset with my father on the starting line before the final,” explained Force Hood. “We had done our burnouts and then it started to sprinkle and they shut us off. At the time we all had radios between teams and dad was freaking out on the radio about the safety of the track and if it was dry down track. Meanwhile I was trying to stay focused in my car. Looking back, I know yelling over the radio and talking nonstop was his way of keeping his energy up during the delay. But this was really distracting to me. I even remember wondering if he was trying to mess with me. I finally ripped the earplugs right out of my helmet. So I was actually really amped up and irritated by the time we started our cars and made the final run.”

Since that win three more females have won in the Funny Car category including her youngest sister Courtney who has surpassed Force Hood’s win total and is the winningest female Funny Car driver. Younger sister Brittany Force won the 2017 Mello Yello Top Fuel championship and both sisters credit their older sister Ashley with being one of their biggest influences and supporters. The feeling is mutual from Force Hood.

“I’m so proud of how well my sisters are doing in their careers, not only the driving part, but also handling the pressures that come along with it,” summed up Force Hood. “There’s so much more that goes into being a racer driver than just driving down a track. I’ve been especially proud of how they’ve handled this season, with the crashes we’ve had. That could easily get into a driver’s head and affect them but they’ve both won races despite the distractions and are having great seasons. And most importantly, they are enjoying it. They both are very close to their teams, have great relationships with their sponsors and really enjoy interacting with fans whether at a race or through social media.”