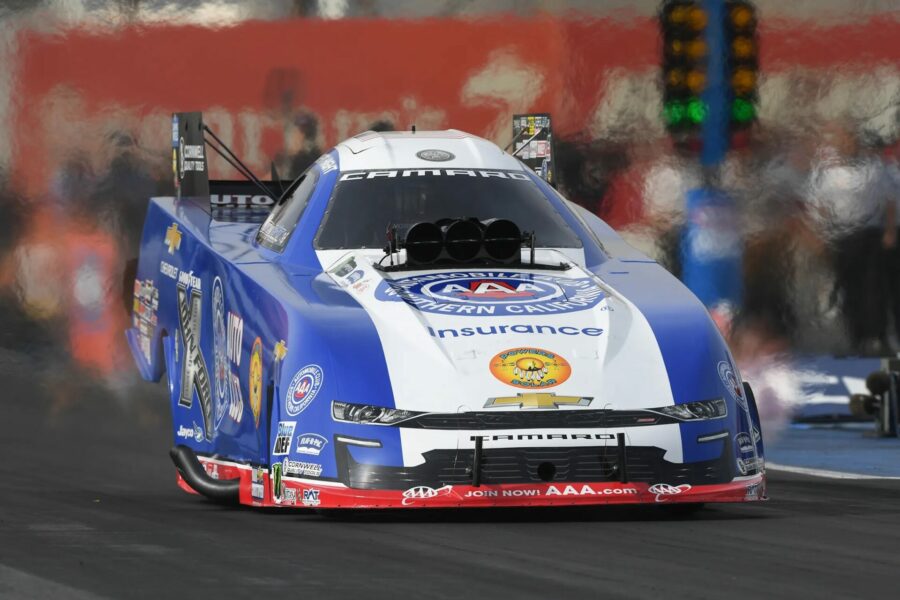 BAYTOWN, Texas (April 21, 2022) – Robert Hight and the AAA Texas Chevrolet Camaro SS team return this week to the site of their very first professional NHRA victory. In just his fourth race as driver of the AAA Funny Car, Hight battled to victory at the NHRA SpringNationals. At this weekend’s final NHRA national event at Houston Raceway Park, Hight will look to close the record books at the track the same way he started his career, with a win.

It was April 10, 2005 when Hight entered race day from the No. 1 qualifying position to defeat Bob Gilbertson, Tommy Johnson Jr., John Force and Cruz Pedregon for his first of four wins at Houston Raceway Park. Hight has gone to the finals in five of his last seven appearances at Houston Raceway Park with wins in his two most recent starts (2019 and 2021). Hight also had a win in 2014 and has two No. 1 qualifying positions from 2005 and 2014.

“Houston Raceway Park is a special place for me. It’s where I got my first win, it was really unbelievable, going from a crew guy and then, in my rookie season getting a win just four races in,” Hight said. “Jimmy Prock, he has some magic at Houston, he has this AAA Texas Chevy dialed in here. We have some momentum already this year, those two wins to start the season, it’s a great start. Hopefully, with our past success, and what we have building already this season, we get this AAA Chevy in the winners circle.”

Winner of two of the season’s first four races, Hight is off to the best start of his career after winning the season opening Winternationals at Auto Club Raceway at Pomona, Calif. and the Arizona Nationals at Phoenix. Hight went onto secure the No. 1 qualifying position at the Gatornationals in Gainesville and enters the SpringNationals trailing Matt Hagan by a scant nine points. A three-time series champion (2009, 2017, 2019) and a Top 8 finisher every year he has contested the championship, Hight, with his back-to-back wins, extended to 17 the number of seasons in which he has won at least one tour event for AAA. That is every season in which he has contested the championship. Hight also has recorded at least one No. 1 start in those 17 seasons.

The NHRA SpringNationals at Houston Raceway Park kickoff Friday night with the first round of qualifying at 7 p.m. CT. Qualifying continues with sessions at 2 and 5:15 p.m. CT. Eliminations are scheduled for Sunday at 11 a.m. Television coverage will be on FOX Sports 1 (FS1) beginning Friday night at 7 p.m. ET. A second qualifying show will air Sunday at 10:30 a.m. before eliminations at 7:30 p.m. ET.