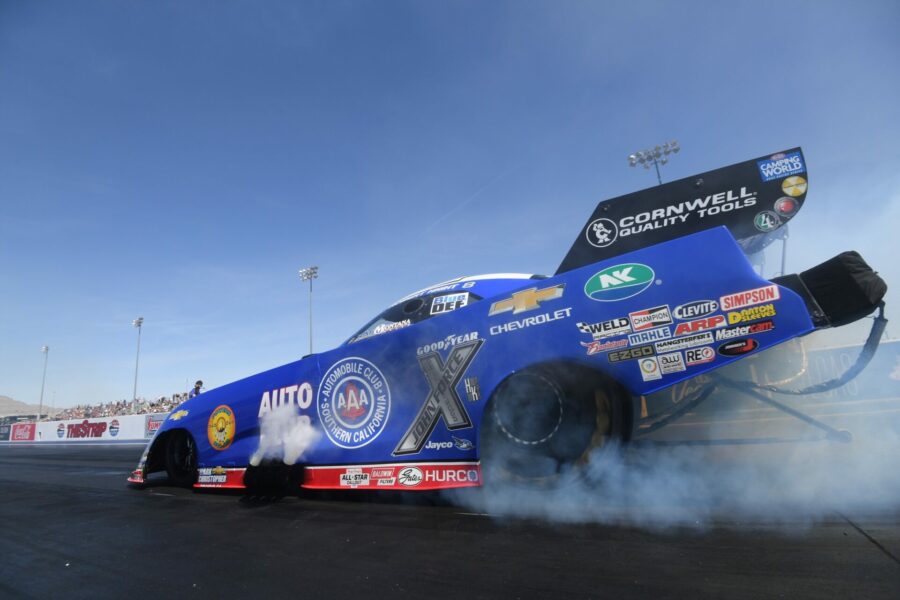 CONCORD, N.C. (April 28, 2022) – Robert Hight and the Automobile Club of Southern California Chevrolet Camaro SS team have continue to be a threat in the NHRA Funny Car class. Sitting in the No. 2 spot in the points standings, a win at this weekend’s Circle K NHRA Four-Wide Nationals at zMAX Dragway could set the Auto Club team up with a slight lead.

After winning the season opening Winternationals at Auto Club Raceway at Pomona, Calif. and the Arizona Nationals at Phoenix, Hight went onto secure the No. 1 qualifying position at the Gatornationals in Gainesville and then went No. 2 in Houston before a second-round exit. The performance of the Auto Club Chevy keeps them second in the points standings, just 60 away from most recent event winner Matt Hagan. With his back-to-back wins, Hight extended to 17 the number of seasons in which he has won at least one tour event for AAA. That is every season in which he has contested the championship. Hight also has recorded at least one No. 1 start in those 17 seasons.

“We’ve had a great start to the season, there’s no doubt about it. These guys have been working hard and we’ve had some consistency,” Hight said. “The Auto Club Chevy has qualified well, picked up some little points and we’ve got some round wins on Sunday. We just need to pick it up, turn on those win lights. That’s something I think we can do in Charlotte. We’ve had a lot of success at zMAX and we’ll be looking to add that success this weekend.”

Qualifying at the Circle K NHRA Four-Wide Nationals begins Friday with sessions at 4:15 p.m. and 7:45 p.m. ET and continues Saturday with additional sessions at 1:15 p.m. and 4:45 p.m. Eliminations are slated to begin Sunday at noon. For television coverage, tune into FOX Sports 1 (FS1) at 7 p.m. ET on Friday, 11 a.m. ET on Sunday and, for eliminations, Sunday at 7 p.m. ET.