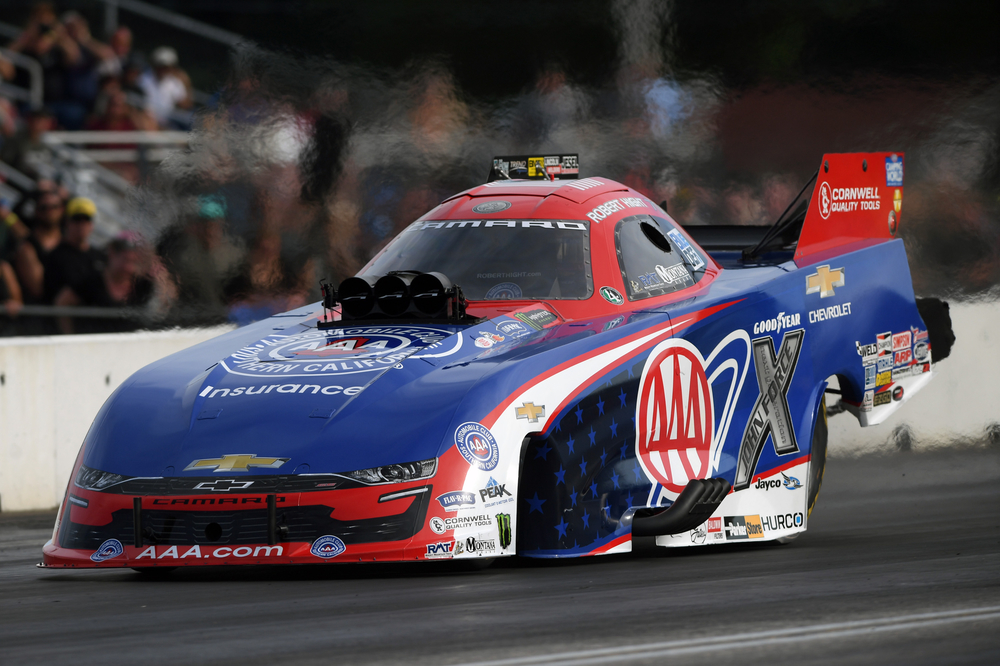 NORWALK, Ohio (June 23, 2021) – The success of Robert Hight’s AAA Ohio Chevrolet Camaro SS team has been hard earned as they’ve persevered through lows and highs during the first six races of the NHRA Camping World Series season. Coming off a win and runner-up finish, Hight and his AAA team will be racing to keep on a high note as they enter the Summit Racing Equipment NHRA Nationals June 25-27.

Hight and the AAA team started the 2021 NHRA Camping World Series season without skipping a beat coming in runner-up at the Gatornationals and in Las Vegas, the first four-wide event of the season, they were quickest each of the qualifying rounds and bettered themselves with low ET of the event during the first round of eliminations. It was in Atlanta at the NHRA Southern Nationals that the team ran into trouble to only qualify 12th and have a first-round exit. The gremlins continued at the four-wide event at zMAX Dragway, Hight and the AAA team qualified 15th and had another early exit.

The AAA team recovered from two disappointing races and were back in championship form when they raced to their first victory of the season at Houston Raceway Park. The 52nd win of Hight’s career tied him with Top Fuel driver Joe Amato for 12th on the all-time win list. At the most recent event, the NHRA New England Nationals, Hight followed the victory up with his 83rd final round appearance coming in runner-up to team owner John Force.

“The AAA team really wanted that New England win. This team has worked hard. Had to overcome some difficulties for those two races, so ultimately we’re still proud of what we’ve done so far,” said Hight who is fourth in points. “You always want to be the ones winning but I’m glad it stayed in the John Force Racing family. We’re dominating and that’s ultimately what you want. In Norwalk, it’ll be us.”

Outside of his wins at the Night Under Fire match race, Hight has yet to seal the deal at the NHRA national event held at Summit Racing Motorsports Park. He was No. 1 qualifier in 2007, 2008 and 2011 and has runnered-up to Tony Pedregon in 2008 and to Jack Beckman in 2017. Despite not having a win at the Summit Racing Equipment NHRA Nationals, he does own the track speed record at 334.65 mph set in 2017.

“We’re on a roll right now and I’m ready to keep it going. We’ve had some luck in Norwalk at Night Under Fire but it’s time for a national event win. I know Jimmy Prock and Chris Cunningham will be ready and my guys will put in the hard work,” Hight said. “Right now is the time to be figuring everything out. Get us set up for later in the season. We want to run well, go rounds and win races. Hopefully we get this one done for AAA.”