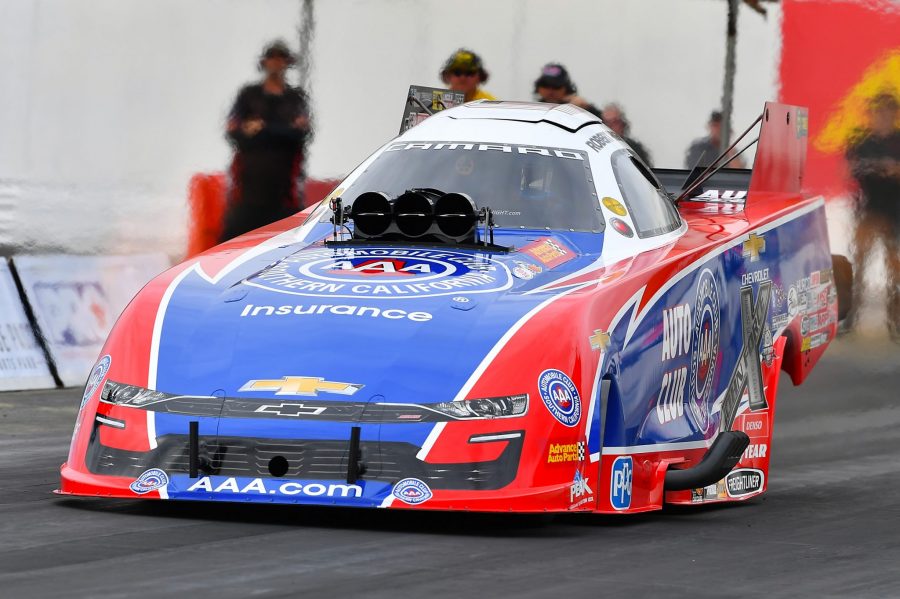 POMONA, Calif. (Feb. 6, 2019) — Robert Hight and his Auto Club of Southern California Chevrolet Camaro SS Funny Car team are more than ready to get the 2019 NHRA Mello Yello Drag Racing Series season started with the Lucas Oil NHRA Winternationals this weekend. With their strong showing at testing at Wild Horse Pass Motorsports Park last week, they have reason to be excited.

“We’re feeling really good after four days of testing. Jimmy and Chris have this Auto Club Chevy figured out. We’re carrying over our momentum from last year,” said Hight. “We were testing some things, but Friday was a really good day for us. I’m excited to head to Pomona and get the 2019 season started.”

Hight with crew chiefs Jimmy Prock and Chris Cunningham laid down a trio of impressive runs Friday of the test session, proving that once again they will be a team to watch. Hight finished the 2018 season battling for the championship crown until the final race day. The team tallied four wins in seven final round appearances. Heading into 2019, the momentum has carried over.

“We controlled our destiny last year. We just didn’t get it done. We had a great season and won races but we wanted another championship,” Hight explained. “I think we defended our championship well. We were right where we wanted to be, in contention for another championship. Being in the fight for a title through the last day of the season is exactly the kind of season you want to have. We’re already working on doing the same in 2019.”

Hight was runner-up at the 2018 Winternationals where he defeated Jeff Diehl, eventual world champ J.R. Todd and veteran Jack Beckman before facing Matt Hagan in the finals. Hight has three wins at the season opening event, 2006, 2008 and most recently in 2011. He has also secured three No. 1 qualifiers at the event, the first in 2009 when he won his first championship and again in 2010 and 2012.

“Pomona is a home race and it’s an Auto Club race. It’s always exciting to perform well in front of friends and family and put on a good showing the first race of the season for your main sponsor. They’ve been a great partner for so long so I look forward to getting them in the winner’s circle not only this weekend but all season long.