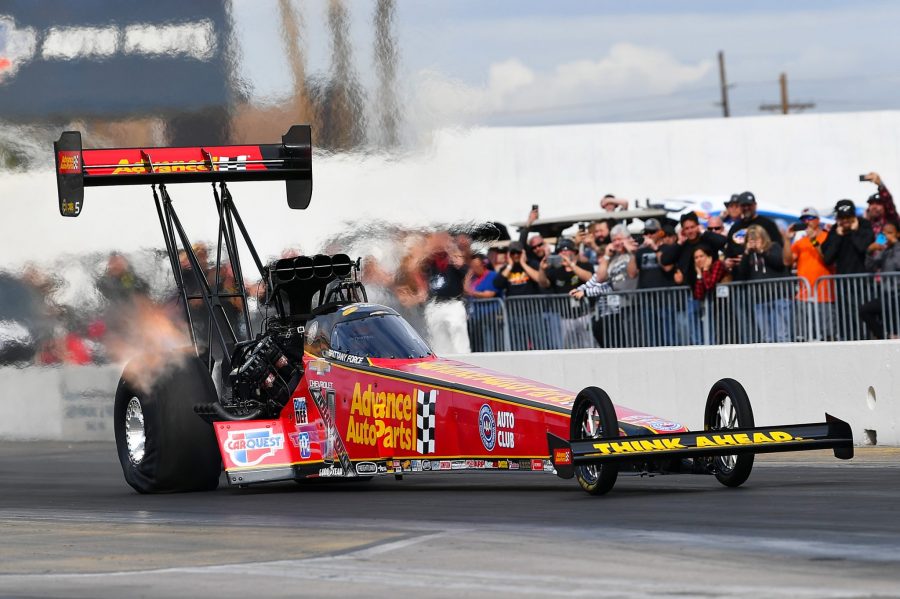 POMONA, Calif. (Feb. 6, 2019) — After an off season filled with changes, Brittany Force will head to the Lucas Oil NHRA Winternationals at Auto Club Raceway at Pomona ready for a fresh start and she’ll have just that sporting more than just a newly built dragster.

Force will be officially debuting her Advance Auto Parts Top Fuel dragster when she makes her first pass during the opening round of qualifying. With the new colors comes a new crew headed by David Grubnic and Mac Savage. Following a successful test session at Wild Horse Pass Motorsports Park where Force had an impressive 3.700-second pass, Force isn’t concerned if they’ll be ready for the 2019 season.

“Testing went well for us. It was good to get out to a race track and get to be with my new team and get to know my new car,” said Force. “We got the information we were looking for and Grubnic seemed happy with our test week. I’m looking forward to getting out to Pomona, first race of the season, it’s a home race and it will be exciting to show off this new Advance Auto Parts dragster to all the fans.”

“I am so ready to get out to Pomona and start this 2019 season. We’re coming from a fabulous test session where we made 14 runs and with a brand-new sponsorship with Advance Auto Parts, a brand- new car, brand new crew and brand-new crew chiefs in David Grubnic and Mac Savage,” Force said. “I’m anxious and excited to see what this new group can accomplish this season starting in Pomona.”

Though the season-opening event has yet to be fruitful for the young phenom, Force knows success at Auto Club Raceway at Pomona. She clinched her 2017 Top Fuel world championship with a perfect weekend at the raceway in the fall earning the No.1 qualifying position, the championship and the race victory.

“Pomona is obviously one of my favorite tracks on the circuit. It’s a home track for me,” Force explained. “There are so many memories built into Pomona for me dating back to me rooting on my dad as a kid. And in 2017 we locked up the championship in that second round of eliminations and went on to win the race. It was my first win at Auto Club Raceway.”