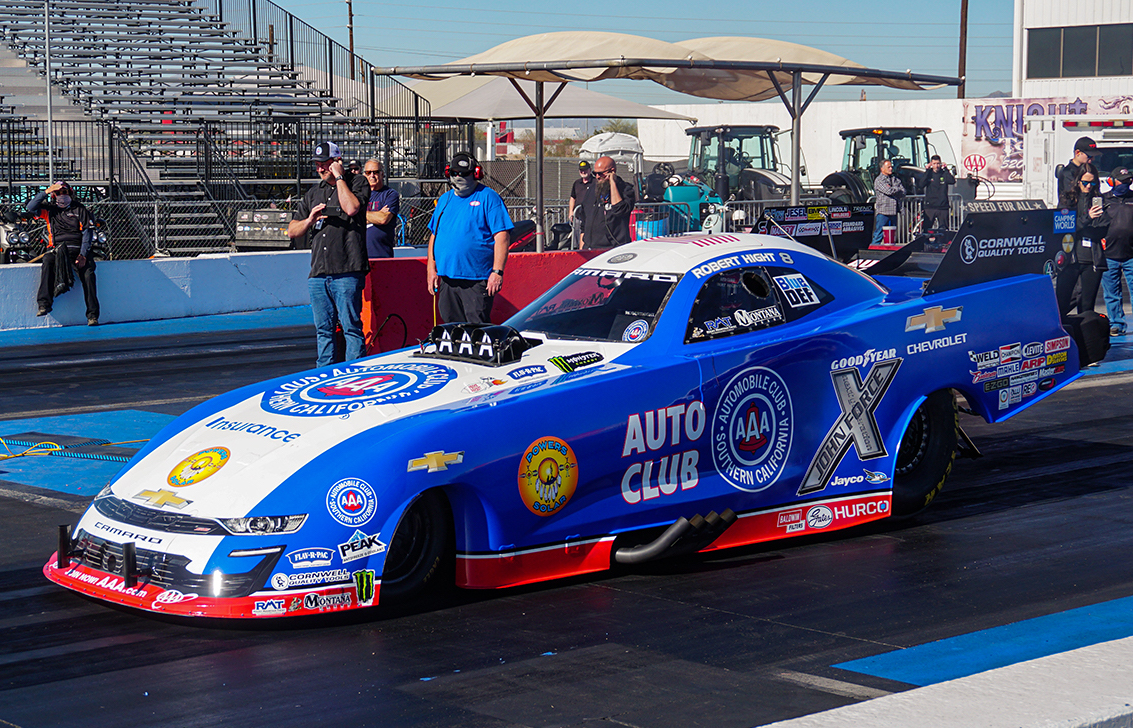 POMONA, Calif. (Feb 17, 2022) – There are few teams in the NHRA Camping World Drag Racing Series that are more eager for the Lucas Oil NHRA Winternationals and the start of the 2022 season than the Automobile Club of Southern California Chevrolet Camaro SS of Robert Hight. Despite a 2021 season that consisted of two wins and two No. 1 qualifying positions, Hight, an intense competitor, was not satisfied with the No. 8 finishing position.

At pre-season testing outside of Phoenix, the Auto Club team made a statement as the first to make a full pass at Wild Horse Pass Motorsports Park. The championship crew chief tandem of Jimmy Prock and Chris Cunningham wasted no time going to 1,000 feet in 3.911-seconds at 323.11 mph in their first attempt on Thursday morning. The three-day performance from the Auto Club team was nothing but promising heading into the Winternationals at Auto Club Raceway at Pomona.

“I love coming to Pomona. Start of the season, Winternationals, clean slate, it’s a home race for John Force Racing and we’re at an Auto Club track,” said Hight. “I’m ready to start racing, get in the Auto Club Chevy and start competing. Jimmy Prock and Chris Cunningham, I know they’re ready too, they really poured themselves into this car over the break. Time to put it all together and see what happens. I’m definitely excited.”