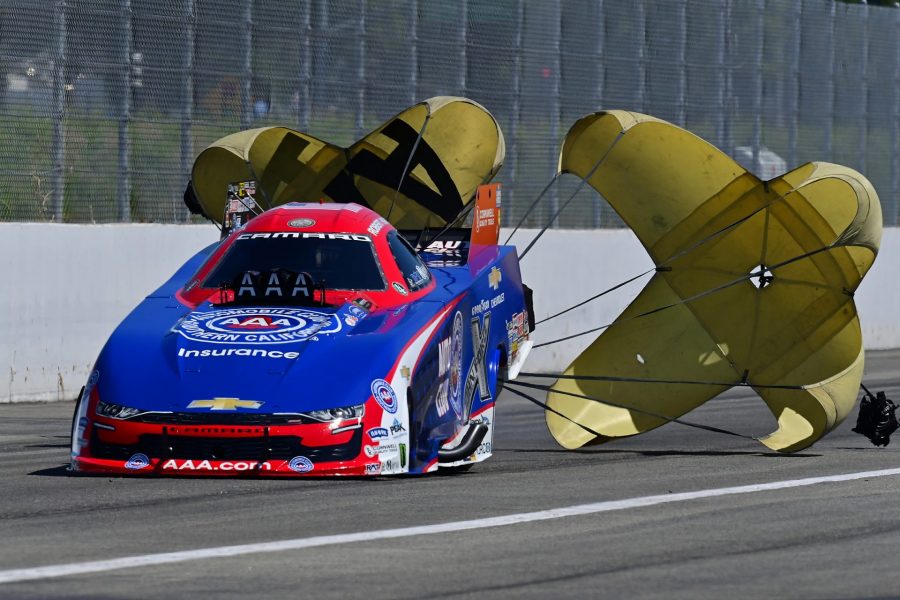 TOPEKA, Kan. (Aug. 11, 2021) – Robert Hight and the Automobile Club of Southern California Chevrolet Camaro SS team are headed to the Menards NHRA Nationals at Heartland Motorsports Park just 37 points out of the NHRA Camping World Drag Racing Series points lead. With just three regular season races left before the points reset for the Countdown to the Championship, Hight will be counting on repeating his historic success in Topeka to propel him from fourth to the top of the Funny Car standings.

Already with two victories at the NHRA SpringNationals in Houston and Sonoma Raceway’s NHRA Sonoma Nationals, two runner-up finishes at the season opening Gatornationals and the New England Nationals and a No. 1 qualifier at the Las Vegas Four-Wide event, Hight and the Auto Club team have put themselves in solid position for a run at a fourth championship.

“It hasn’t been an easy road. This Auto Club team has worked hard every weekend, between races and really all year. We have a good car, Jimmy Prock and Chris Cunningham have this Chevy Funny Car figured out,” Hight said. “I’m more than ready for Topeka, we’ve done well there in the past. I’m looking forward to getting back in the car and to have two race weekends back-to-back.”

Hight, who got his start as a crew guy and is Funny Car license at Heartland Motorsports Park, is the defending Funny Car winner at the Menards NHRA Nationals, he rallied to victory in 2019. It was his third win at the event, he also won in 2010 and 2011. The Auto Club Chevy has started from No. 1 four times at Topeka and has gone to the finals five out of the last 10 starts. If Hight takes the points lead this weekend, an easy task with a victory, it would be the 14th time in his 16-year career contesting for a championship that he has held the points lead.

“It was 25 seasons ago that I flew in and met John’s team and went to work doing the clutch. Then I got my Funny Car license here. There’s a lot of fond memories for me here at Heartland Motorsports Park,” Hight said. “I’ve won the race a few times too so it’s a good stop for me on the Camping World schedule. It’s a great racetrack, the fans are great, it’s one of my favorites.”