ROBERT HIGHT AND AUTO CLUB LOOKING TO CLINCH COUNTDOWN TO THE CHAMPIONSHIP NO. 1 SPOT AT CHEVROLET PERFORMANCE U.S. NATIONALS 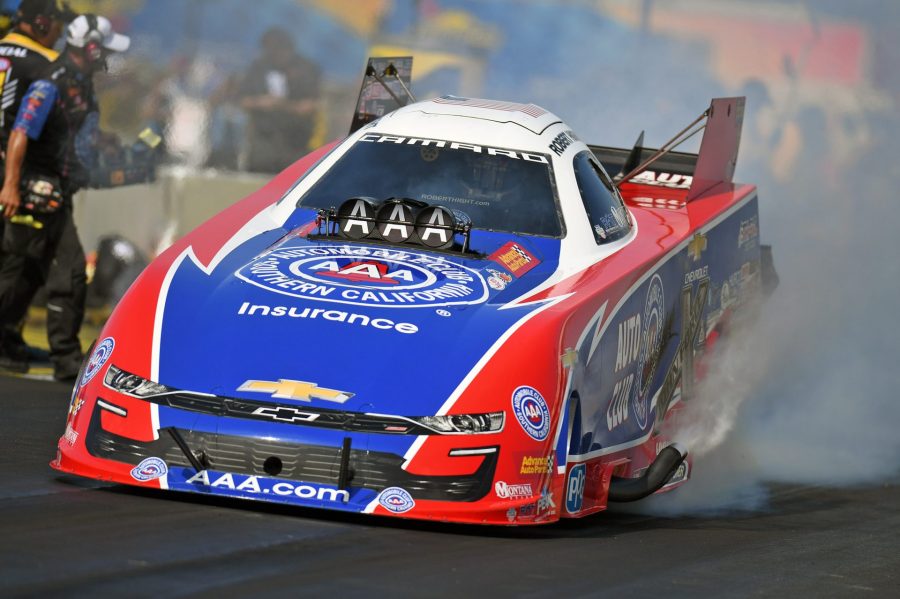 BROWNSBURG, Ind. (Aug. 28, 2019) — Before the conclusion of the 65th annual Chevrolet Performance U.S. Nationals at Lucas Oil Raceway at Indianapolis, Robert Hight and the Automobile Club of Southern California Chevrolet Camaro SS team will claim their first NHRA Mello Yello Drag Racing Series regular season championship and a 20-point advantage over the No. 2 spot once the points reset.

With a total of five wins in 2019, Hight and the Auto Club team have never trailed in the NHRA Mello Yello points standings. A win at the season opening Winternationals set the pace for the two-time championship team. They would go on to earn wins at the Gatornationals, SpringNationals, Heartland Nationals and Sonoma Nationals to give the 15-year racer his 50th career victory. In the process the Hight and the Auto Club team have claimed eight No. 1 qualifiers, just five away from the Funny Car season record held by John Force who was the No. 1 qualifier 13 times in 1996.

Already tied with his most wins in a single season, he earned five in 2011 and 2014, Hight has no doubt that he’ll tally a few more before the end of the season and, if he does, there’s no stopping the Auto Club team from earning their third NHRA Mello Yello Drag Racing Series Funny Car championship.

“I’m proud of the first part of the season getting five wins and all the No. 1 qualifiers. Five wins is the most I’ve ever had in a season and I’m going to make a prediction right now that I’m going to need eight or nine to win the championship so that’s going to be a stellar year for the Auto Club Chevrolet. Eight or nine wins, that’s record time stuff,” said Hight who would be attempting to rival the record 13 wins Force had in 1996.

Hight will be chasing his fourth win at the Chevrolet Performance U.S. Nationals, an event he has made it to the finals at six times, most recently in 2015. His first win at Indianapolis came in 2006, just his second season competing, it would lead to four consecutive years of final rounds for the President of John Force Racing.