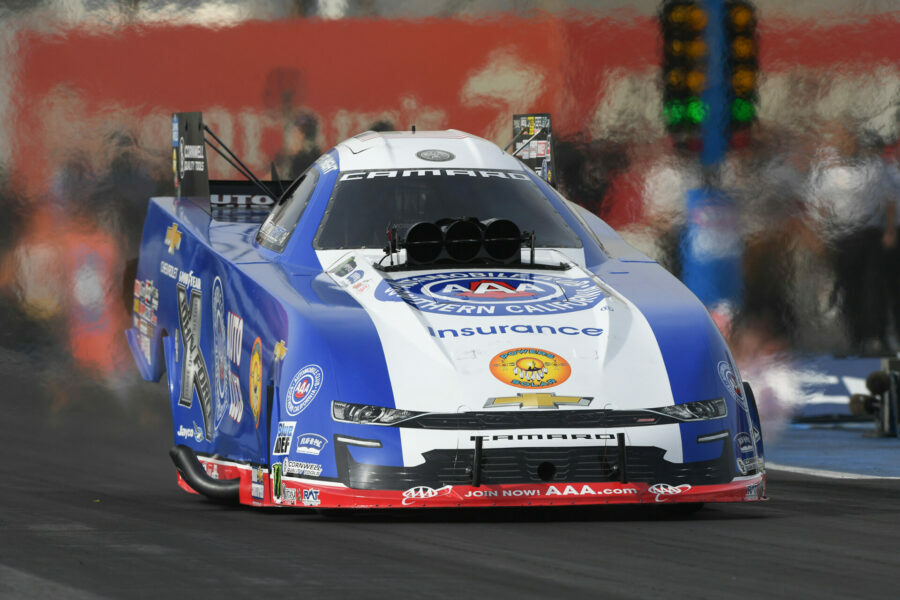 GAINESVILLE, Fla. (March 09, 2022) – Robert Hight and the Automobile Club of Southern California Chevrolet Camaro SS team are having a perfect start to their 2022 NHRA Camping World Drag Racing Series season. They’ll head to the East Coast opener, the prestigious Amalie Motor Oil NHRA Gatornationals at Gainesville Raceway, sitting No. 1 with a 65-point lead and nothing but motivation to keep it going.

Hight is off to the best start of his career and one of the best starts of all time after winning back-to-back races at the season-opening Winternationals and NHRA Arizona Nationals. Only 15 other drivers have started with back-to-back wins. Hight is just the fifth Funny Car driver to start the season with two wins, joining teammate John Force (1997), Don Prudhomme (1975, 1976), Matt Hagan (2015, 2017) and Ron Capps (2009). The consistency has shown through for Hight and his Jimmy Prock and Chris Cunningham led Auto Club team, they’ve run in the 3.8-second range 13 out 14 passes.

“It’s a great start to the season for this Auto Club team,” Hight said. “We’ve ran well but we haven’t found the edge yet, there’s still more out there. This Auto Club team has to stay focused, we can’t get complacent. We have to continuously work hard, and the results will come. We know the rest of these guys out here are gunning for us and they’re going to be pushing hard. We’ve got to keep doing our job.”

Hight has four wins at the NHRA Gatornationals, most recently in 2019 when he was also the No. 1 qualifier alongside teammate Brittany Force in Top Fuel. Hight also has two additional No. 1s at the facility where he set the track records on March 19, 2017 when he ran 3.828-seconds at 334.82 mph.

“I am excited about getting to some different conditions in Gainesville. We haven’t raced in any humidity yet and you get that at the Gatornationals,” Hight said. “I’m excited to get back in the Auto Club car, when you’re on a role like this you want to just keep racing, so I tried to enjoy my weekend off but I’m ready to work hard and try and do it again at the Gatornationals.”